The title sums up the spiritual and thoughtful experience that you get with this cinematic documentary, a tale of migration, both animal and human, both unrestricted and carefully monitored.

Poh Lin Lee works on the island, and lives there with her family. Her job is to support and talk to asylum seekers who are being held on the island in a high-security detention centre. It's a difficult job, especially when some people have appointments booked and then are unable to attend, for reasons that aren't given out by the people on the other end of a phone line. Christmas Island is, essentially, a focal point for migration. As well as the people who are held there, with no idea of the timescale or end result, there is also the mass migration of the red crab population (you may have seen the photos). The difference between the condition of the two species is an important element here, in terms of their freedom and how they are viewed/treated by others. and the documentary also shows the toll that the situation takes on those trying to offer support to the vulnerable.

Seeking asylum is not illegal. This is a point explicitly stated, and also constantly implied, in Island Of Hungry Ghosts. It is the solid ground upon which Poh Lin Lee tries to stay standing, even as authority figures and bureaucracy try to wear it down, with their actions, the red tape, the constant dehumanising (deliberate or not) and a general air of either unwillingness or inability to help.

Seeking asylum is not illegal. Director Gabrielle Brady weaves a narrative with some beautiful imagery in between, and all around, this message. She has seen an important tale that deserves, perhaps needs, to be told right now, summing up the conflicting attitudes of people who are looking around them and finding a world growing ever more fractured when it should be easier to get closer and much more integrated.

There is also a spiritual side on display, with Brady taking time to show the rituals carried out by local residents who wish to appease the spirits who may be wandering the jungle, spirits of those who have died on the island without a burial.

People can take time to do admire the journey of the crabs. They can also take time to assist with the journey of those they believe have moved from this life to an afterlife. So why do so many people not see the same noble purpose in the journey that some of their fellow human beings have to make? Spirits are dead, crabs are alive, asylum seekers are stuck in a limbo space that feels like neither life or death. And seeking asylum is not illegal.

It's hard not to be moved by this, especially when listening to some of the tales from those seeking asylum or when seeing how Lee is unable to do the job that she signed on for, and I hope that some people see this and think long and hard about what it says about treating those who are on a difficult journey. If you ever help a crab get safely from one place to another, would you help someone seeking asylum? Because, remember, seeking asylum is not illegal.

Not available to buy just now, here's a link to Mubi instead. 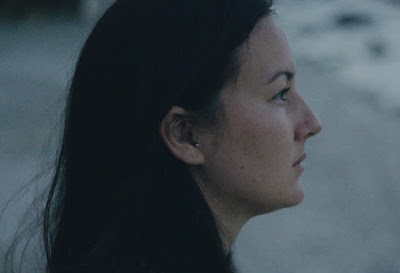