The second film from director Duncan Jones, working this time from a script by Ben Ripley, Source Code feels like the kind of film that is a step up, in terms of the budget and size of the cast, but also manages to keep the focus on a very cool sci-fi premise, and that's what helps it avoid some of the common flaws that can often come up in sophomore directorial features.

The easy sell of the concept is this; Jake Gyllenhaal plays a U.S. Army pilot named Colter Stevens who wakes up to find himself in the body of Sean Fentress  a la Quantum Leap. He has eight minutes to not only locate a bomb on the train that he is on, but also figure out who the bomber is. On the train with him are a woman named Christina (Michelle Monaghan) and various other passengers, who are all suspects. Helping him to complete his mission, but only there once he is back at base, are Captain Colleen Goodwin (Vera Farmiga) and a Dr. Rutledge (Jeffrey Wright). It's a race against the clock, eight minutes at a time.

Yes, this is a time-loop movie, on the one hand, and that is how it was sold, which is fine, and you get the time markers that are always required in this sort of thing (conversations, phone calls, things being spilled or dropped), but it's also a bit more than that, although I am not going into any details that could spoil the reveals. I will just say that it requires your attention, patience, and trust, and it rewards them all completely before the end credits roll.

Gyllenhaal is as good as ever in the lead role, one that allows him to use a little bit of everything he can do (drama, a small amount of comedy, a bit of action), and Monaghan is also very good, despite her role being arguably the most thankless one in the film. Farmiga and Wright have to stay much more focused and controlled in their communications with the main character, even when deciding whether or not to explain to him exactly why that eight minute window is so important.

Ripley has crafted a great script, mixing in simple popcorn entertainment thrills with interesting ideas and moral quandaries, and Jones works confidently with the material, seeming to take great delight in the individual elements that build into a more complex picture by the third act, a delight that is conveyed to viewers throughout.

Jones has tried to continually entertain people in the decade since he started helming feature films, and I personally don't dislike Warcraft (although, as a non-gamer, it was a bit lost on me) or Mute as much as many others did, but I hope he eventually makes another couple of movies as good as his one-two punch of Moon and this. Everyone continues to praise his debut, but this film seems to get forgotten, a great shame considering it is one of the better mainstream sci-fi movies to come out in the last ten years.

You can buy the movie, at a bargain price (just now), here.
Americans can get it here. 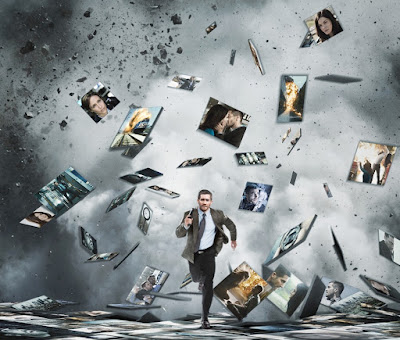