It seems that I am behind the times when it comes to Keira Knightley, having placed her in the "I tend to enjoy her but she's usually not that good REALLY" category some years ago. This may have all been because of the long shadow cast by her horrible turn in Domino, or maybe I just have such a bad memory that I forgot every time I'd actually praised her work while somehow remembering . . . that horrible turn in Domino. Look, it's basically all the fault of Domino. As long as that's clear, let's move on.

Anyway, let's get to Colette, a film in which Knightley plays the title role. She is a country girl when the film begins, until she moves to Paris with her husband-to-be (Dominic West). And this begins a series of fortunate and unfortunate events that eventually lead to Colette developing into the famous and celebrated writer that she remains to this day. Sadly, her writing is all published under her husband's name, because that was more appropriate for the time and he had a brand to sell. Colette causes quite the stir throughout France, and starts to enjoy it even more, especially as she begins to explore her sexuality. As society seems to work ever harder to restrict her and keep her "in her place", Colette finds more ways to ruffle feathers and ensure she cannot be ignored or silenced.

Many people have already commented on Colette being a film that feels incredibly timely right now (the battle for sexual equality rages on and men still seem to have the position of having value to their names that women rarely get) and it is. It's an interesting, passionate, film that condemns the treatment of the leading lady, and also the treatment of many others. But that isn't the only thing that Colette is putting under a magnifying glass. As Knightley and West play out their complicated love/hate relationship throughout the film, it's equally an interesting study of the way in which people choose to believe various fictions, be they myths about the differences in gender, the power of artistic creations, or choosing to hope that a horrible and abusive relationship is anything other than that.

Director Wash Westmoreland, who also co-wrote the screenplay with Richard Glatzer and Rebecca Lenkiewicz, sets everything out in a traditional way, picking out the most important moments from a life that must have had many highlights to choose from. The score may be a bit generic, for this kind of thing (in my view), but the camerawork is given one or two moments to shine, such as the sequence that allows it to glide through a crowded room alongside Colette as she takes in the various displays of excess and "sophistication".

Although the script is a good one, and there are a couple of brilliant speeches that Knightley must have read on the page with sheer delight at the prospect of getting to deliver them, it's the cast who raise everything up. In case you were in any doubt, Knightley is excellent. Really excellent. This may be the best performance she has given in her career so far, relishing a role that allows her to be strong, sharp, funny, eloquent, sexual, and generally downright inspiring. She's equalled by West, who manages to do so well in his role that it's only much later in the film that you realise just how shitty he has been to his wife for so much of their marriage. Neither speak French, or attempt an accent, despite the nationality of their characters, and nor do many of the other cast members, which is a decision made for the better. The environment is enough to remind you of where everyone is living, and the writing (the heart of the film) is shown to be in French, as it obviously would be, while characters sometimes read out the prose in English. Other important characters are played by Denise Gough, Eleanor Tomlinson, Julian Wadham, Al Weaver, and Ray Panthaki, and everyone fits well in the role they're given (although both Gough and Tomlinson ARE given certain specific accents, with the former faring much better than the latter).

Oozing quality from every frame, Colette is superior drama, bringing a slice of history to life and exploring some issues that resonate just as much today as they did back at the end of the 19th century. Despite the pretty, perhaps what some may even call quaint, packaging, it manages to make things more palatable to observe and mull over without ever feeling as if it has held so much back that it warps the reality that it is all based on.

The disc will be available here.
Americans may want to order here. 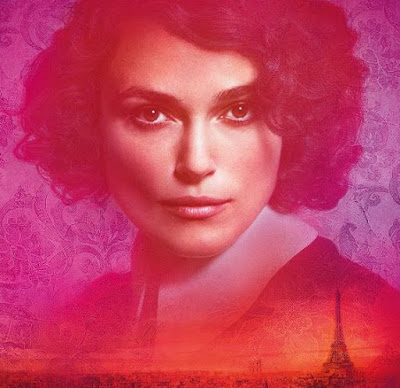