Fractured starts off as a fairly simple, and effective, little horror movie, albeit one that isn't delivering anything new. You get the young couple travelling through isolated areas of countryside en route to their final destination (yes, it's a house in the middle of nowhere), you get car problems, you get strange behaviour from people, you get the usual creaks and bumps as it becomes clear that the couple looking for some alone time may not necessarily be alone. And then you get something different, enjoyably so, and I won't go into any further detail, because the fun comes from being pleasantly surprised by the direction that things take.

Michael and Rebecca are the young couple at the heart of things, played by April Pearson and Karl Davies, and the reasons for their need to get away aren't made immediately obvious, leaving viewers to wonder if this is a romantic getaway for them, a chance to recover from some personal difficulty, or maybe even a make or break time for their relationship. As things become a bit clearer, they also become a bit stranger. And that's when the atmosphere starts to change, almost creeping in from the edges of the frame like a palpable fog bank.

Director Jamie Patterson has built up quite the filmography over the past decade, and I am looking forward to exploring more of his work after enjoying this one so much. The script here is from Christian Hearn, but based on a story/idea from Patterson, who obviously knows his stuff. He's familiar with the horror genre standards, gambling on the fact that viewers will stick with the movie throughout a very familiar first half to be rewarded by what comes after it. Characters are given dialogue that sounds quite enjoyably naturalistic, the plotting puts all of the required pieces in place without stretching everything too far, and the relatively brief runtime helps the pacing somewhat (although impatient viewers may still get fed up before things start to pay off).

Pearson (obviously a favourite of Patterson, having been in almost half a dozen of his movies, to date) and Davies are both excellent in the lead roles, pretty essential while they're onscreen for over 90% of the runtime. There are very few other cast members, with the other main player being Louisa Lytton, who also gives a great performance.

It's always a pleasant surprise nowadays to find a low-budget horror movie that isn't a found footage film, unimaginative slasher, or a zombie flick. There are gems out there, always appearing with little to no fanfare, but they're often lost in the sea of films that use the aforementioned subgenera, so it's always worth celebrating finding a good one. And Fractured is a good one. 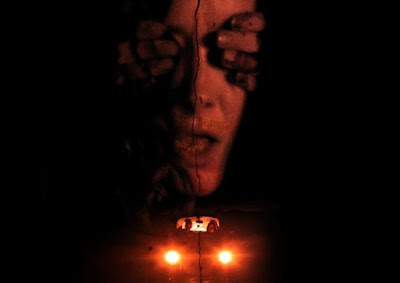