We've all got movies that we've sat through because, well, a partner enjoys it and relationships are about compromise. Sometimes that leads you to some new favourites, sometimes you end up seeing every single Twilight movie, and sometimes you sit there with a smile plastered on your face while trying to figure out what is so entertaining about Mo' Money. I found myself in that last situation a couple of decades ago, and have studiously avoided the film ever since. But I decided that I would revisit it when I saw it on Netflix. Maybe my memory of it was all wrong. Maybe it was actually a good film. Neither of those statements proved to be correct.

The plot revolves around a couple of crooks that viewers are supposed to root for, two brothers named Johnny (Damon Wayans) and Seymour (Marlon Wayans). Johnny, in an attempt to win over a beautiful woman (Amber, played by Stacey Dash), gets a job in a credit card company. He eventually realises that he can use the returned cards, which are all sent out pre-authorised, to treat himself to the good life. This quickly gets him in trouble, but he doesn't realise how much trouble. The head of security (Keith, played by John Diehl) is already working a very profitable scam, and the first scenes show that he will kill to keep himself safe.

Okay, I'm not a big fan of any of the Wayans brothers, although Damon is probably the one I dislike the least (he did at least star in the greatness that is The Last Boy Scout), but even that factor isn't enough to explain why Mo' Money is such a bad film, and it is a BAD film. As much as I may not mind Wayans onscreen, his script here is atrocious. It must have been bad back in the early '90s but it seems a hell of a lot worse now. The plot and characters give you nothing to invest in, the comedic set-pieces include the Wayans brothers pretending that one of them has a mental health issue causing him to throw food around a store until they get a free sandwich to help calm him down, the Wayans brothers pretending to be a simple "foreigner" who could be easily ripped-off by a cab driver (distracting the driver while the other man tries to rob his takings), and the Wayans brothers pretending to be supremely gay as they misuse a credit card in a jewellery store. And that's before we start to look at the way the character played by Dash is viewed at one point (willing to endure a bad relationship for the money), the jokes derided from the look/longing of a woman named Charlotte (played by Almayvonne), or the simple fact that viewers are supposed to root for the main characters here because they're crooks who probably won't kill anyone.

Peter Macdonald directs with the feeling that he has been given a paycheck and then overruled on every aspect of the film by the Wayans brothers. Never any kind of auteur, in my limited exposure to his filmography, it's difficult to see a lot of the decisions made here as anything other than the sort of decisions made by a writer-star with a self-inflated sense of their own importance. And, considering the tales that have been told in recent years about Wayans, that becomes a lot easier to imagine.

Wayans and Wayans are how they are, both aiming to riff on Eddie Murphy's stylings and both failing to do anything other than remind you of how great Eddie Murphy was when at his peak. Dash, although not helped in any way by the script, is a welcome presence, and Diehl is a small saving grace, portraying the charming and menacing villain so well that you forget that he looks like someone playing Kevin Costner in a TV movie entitled "The Tide Has Turned: Waterworld And How I Survived It" within a few minutes. I've already mentioned the poor treatment of Almayvonne, Harry Lennix does what he can with his weak role, and Joe Santos actually makes his role (a tenacious cop who wants the lead to turn his life around) better than it should be.

"Why settle for less?" was one of the main taglines for this when it was first released. That definitely still seems like the best line to use, but more as a warning than a selling point. 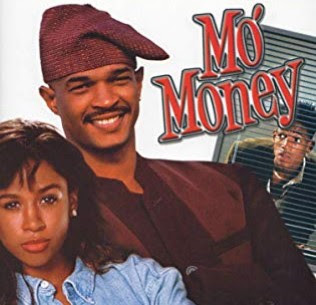