Okay, here's the problem with watching movies online. Sometimes the film starts and you're not sure if it's the actual film or some connected advertisement that has been clumsily tacked on. Which was the case with Time Runners, a film that began with a preview of what was to come in a way that felt like some TV show intro. Maybe the film wasn't meant to be presented that way, but maybe it was.  Either way, I won't hold it against the film. There are so many other things I can pick out while criticising it anyway.

Alesandra Durham plays Sally Jo Biggs, a young woman who can manipulate time, but only by rewinding things by seconds. That may not seem like a lot, but it allows Sally Jo to get many things right in her day to day life (avoiding spillages, perfecting pool shots, cracking passwords, and more). What it doesn't allow, however, is for Sally Jo to be able to save the life of her husband, Horatio (Joel Bishop). That needs more than the ability to rewind time by seconds, and the unfolding plot seems to hint at Sally Jo somehow gaining more power.

Look, I may not know the exact nature of their relationship but there would seem to be an obvious link between writer-director Thomas Gomez Durham, story co-creator James Durham (who worked with Kip Rasmussen), and the leading lady, Alesandra. This isn't to undermine the talents of the lead actress, but rather a comment to undermine the ability of the main people creating this tale to view things subjectively and admit when something isn't working. Because there's a lot here that doesn't work.

What should have been a fun premise, and a smart and interesting one, is spoiled by clumsy writing, poor editing, and a misplaced faith in the twisting storyline being clever or entertaining enough to keep viewers from becoming bored. Although nobody really impresses in the acting department, the blame lies fully with the writer-director. Nobody watching this will be surprised by the time everything is messily brought together for the finale, which results in a boring middle act spent just waiting for the predictable plot points to be lined up.

Yet I can't bring myself to hate this film. Despite the poor special effects on display, despite the mess that it becomes, despite the wildly varying quality of the acting (I won't name any names, they will know how they did when they finally saw their performances onscreen), there were at least some good intentions here. But we all know where good intentions can lead.

You can buy Time Runners here.
Americans can buy it here. 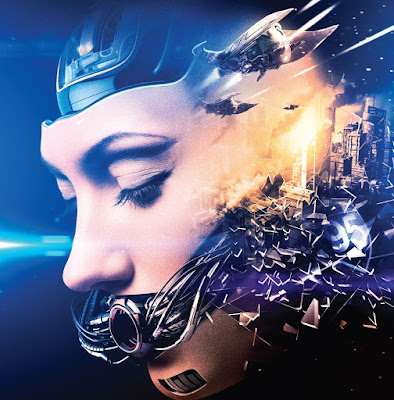