Also known as THAT Philip Marlowe movie that starts off with an extended sequence that shows him trying to feed his cat, The Long Goodbye is to noir what Blow-Up is to traditional whodunnits. Director Robert Altman, working from a script by Leigh Brackett (which is based on the tale by Raymond Chandler), keeps a lot of familiar touches here, but he derives a lot of subversive fun by placing Marlowe as a man out of time. He's an anachronism who can still manage to get results, mainly because he's underestimated by everyone he comes into contact with,

Gould plays Marlowe, and that famous opening sequence leads straight into the first main plot point. It's the middle of the night, but a friend named Terry (Jim Bouton) turns up on Marlowe's doorstep, looking for a favour. He's in a bit of trouble and would like a lift to Tijuana. Marlowe obliges, because that's the kind of friend that he is, but that just leads him into trouble over the course of the next few days. It turns out that Terry is supposed to have murdered his wife, and he owed a lot of money to someone who doesn't take kindly to being taken advantage of. Meanwhile, the detective is also hired by a woman (Nina van Pallandt) who wants to find out exactly where her husband (Sterling Hayden) has got to. The two situations soon start to intertwine, and Marlowe starts to suspect that there are connections he has yet to figure out.

As much a product of the time as the many classic noirs that influence it, The Long Goodbye is a fine example of how to have your cake and eat it. Altman has his fingerprints all over the thing - the camera movement, the overlapping dialogue, the focus on characters taking precedence over the plot getting from A to B - but he also keeps everything that makes Marlowe who he always has been. Of course, a lot of credit should go to Brackett's screenplay, but there seems to have been a lot of improvisation on the set (particularly from Gould and Hayden) and leaving in what worked is as beneficial to the movie, of course, as cutting out whatever didn't.

Gould gives a fantastic performance as Marlowe, and I'd go as far as saying it may well be his career-best. Making the most of the chance given to him by Altman (his behaviour had led to him being slightly ostracised from major productions for a while), he makes the character his own, yet retains the essence of the character. Smart, laid-back, funny, cynical - he and the film are one and the same in their approach. Van Pallandt and Hayden both do brilliant work in their supporting roles, with the latter particularly memorable, thanks to his character being louder and slightly larger than life. Mark Rydell is the man who wants the money owed to him, and he's pretty good. Initially coming across as not particularly threatening, he has enough heavies to back him up anyway, but shows just how ruthless he can be with a shocking moment of violence that really hammers home the point about just how far he is willing to go to deal with any problem. 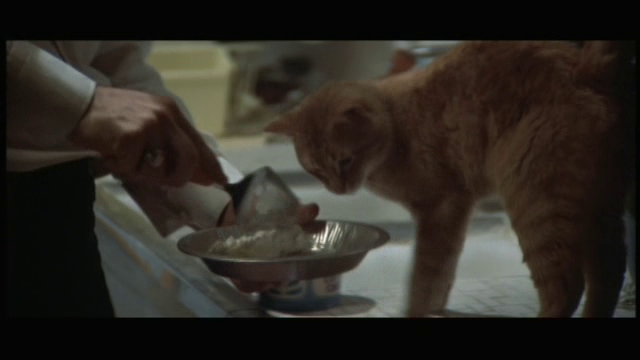