Ichi: The Killer AKA Ichi The Killer: Episode Zero (2002)

An animated prequel to the 2001 Takashi Miike movie, this origin story is a strange little tale that may please fans of the live-action film, and fans of the manga ("a Japanese onscreen creation developed from a manga? That hardly ever happens," he said, sarcastically).

What you get here is a look at the childhood years of Ichi, AKA Hajime. Despite his seeming vulnerability, he doesn't like confrontation and would quickly burst into tears when overcome with emotion, he trains in martial arts and is primed to become the sadistic killer we would know (and love) in his adult incarnation. He also starts to explore his tendencies for sadism with a young girl who shares his particular kinks.

Once again based on the material by Hideo Yamamoto, the script for this is written by Sakichi Sato (who also wrote the live-action movies, the celebrated Miike movie and the less-celebrated 2003 prequel, which may or may not cover the same territory as this) and is at least as twisted and crass as anything else created to showcase the main character. Ichi has confusing psychosexual thoughts placed in his mind as he discovers how his parents seem to enjoy some S & M play in their sex life, he is encouraged to explore some sex and violence with Midori, and it soon becomes commonplace for Ichi to struggle to contain physical displays of his horniness whenever things are getting violent.

Director Shinji Ishihira does pretty well, making his directorial debut. Unusually for someone directing an animated film, even a short, it doesn't look as if Ishihira made his way up from other art departments to the big seat. That's not to say that he wasn't working his way up for some time before this, but I couldn't find any previous main credits for him online (although that's no guarantee when checking over the career of those who have worked in various animation roles).

The voice cast do what is required of them, with Chihiro Suzuki perfectly fine in the lead role and Sayaka Ôhara having some twisted fun in the role of Midori. Takashi Miike even lends a few grunts and noises in a tiny cameo, as Kakihara, the principal antagonist from the 2001 movie.

Despite my positive review of this, however, there's no denying that it's completely unnecessary and superfluous to requirements for those who know the world of the main character. The fact that it doesn't completely mess it up is a bonus, but not quite enough to outweigh the fact that it's nothing more than a light distraction, best viewed as a side-plate to the main dish, rather than a complete meal. I wouldn't advise anyone to rush out and watch this. I'd simply say that it's easy enough to give just under an hour of your time to if you have access to it one day, and if you enjoyed the Miike film.

It's a shame that this has the cut version of the live-action movie, but I still like the set. 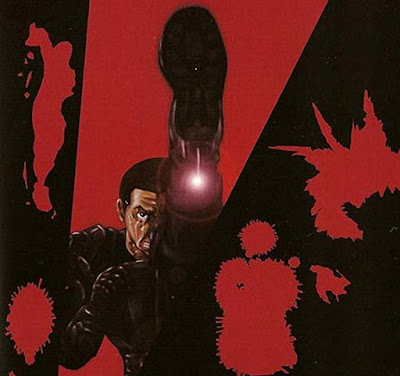