Another hand-held horror means another divisive movie that fans should still seek out and make up their own minds about. This is a film I first watched over a decade ago, after having it recommended to me by many other horror movie fans, and it's one I was long overdue to revisit.

Imagine a cross between The Blair Witch Project and The Grudge and you're close to the overall content of this movie. It's another videotaped horror but this time most of it is edited together in readiness for a video doc that was never completed by a supernatural investigator (Masafumi Kobayashi, played by Jin Muraki) who disappeared.

I certainly had a feeling of dread while watching this movie (does anyone do dread better than our Asian friends?) but it's worth noting that the creepy moments, the genuinely creepy moments, are interspersed sparingly throughout the third act. That's not to say that you can't be scared by the rest of the film, it's just that the other details are deliberately layered in a way to build up to one hell of a finale.

The direction by Kôji Shiraishi, who also co-wrote the screenplay with Naoyuki Yokota, is spot on. Shiraishi has a filmography well worth exploring, and his name will be familiar to fans of "J-horror", but this is most possibly his finest hour. Everything feels genuine throughout, helped by the performances. Muraki is convincing in his way with everyone he meets, adapting to how they are in his direct interactions, Satoru Jitsunashi is believably jittery and unnerved as an apparent psychic, Mitsuo Hori, and Marika Matsumoto does well in a role that has her playing a version of herself.

The only main downfall to the film is that I felt I was two or three steps ahead of the investigator when apparent "revelations" appeared throughout, therefore I can't recommend this as highly as something that uses the format in a similar way, but keeps things moving a bit quicker in a way that stops you having the time to think ahead ([*Rec] being the main example that springs to mind).

Having said that, it would be remiss of me not to highly recommend any film that goes on at length about ectoplasmic worms, contains at least two subtly spooky ghost moments, and managed to get me to put the lights back on for a while when the sun went down. It's not quite the flawless classic that some of the praise for it might lead you to believe, although it certainly comes closer than most films done in this style,

Noroi: The Curse is definitely one to make time for. It's a crime that we've never had a decent disc release for it here in the UK, because so many people have instead ended up watching it on . . . various other sites. 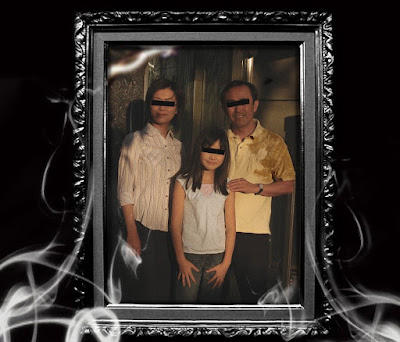