It's no surprise that a hit as big as Ring got at least one sequel, as well as the remake, and the remake sequels, and I am not going to list all of the other connected movies. And it's no surprise that many people enjoyed Ring 2, considering how many of the cast and crew returned to work on it. What IS a bit of a surprise, certainly to me anyway, is just how much this sequel doesn't hold up nowadays, removed from that joyous time when so many of us were soaking up all of the J-horror that we could find.

Following on from the events of the first film, this time we are introduced to Mai Takano (Miki Nakatani), a young woman who is investigating the death of her boyfriend. His name was Ryûji, and viewers saw his last moments as well-dweller Sadako famously clambered out of a screen to ensure his death. Mai teams up with Okazaki (Yūrei Yanagi), a newsroom colleague of Reiko, the lead character in Ring, and the two embark on a journey that takes in more history of Sadako, a number of misjudged scientific experiments, and Reiko's son, Yôichi (Rikiya Ôtaka).

Perhaps the most interesting thing about Ring 2 nowadays is just how much it is guilty of sins that we are often quick to point out in mainstream American horror movies. You get much more backstory to the central evil, you get one or two set-pieces that pale in comparison to everything that was done in the first movie, and you even get (slight SPOILER WARNING) an ending that could be viewed as a much happier one than that of the original.

Director Hideo Nakata can do better than this. He has shown us, repeatedly, yet he seems to coast along here, perhaps too comfortable working with what essentially became a very successful brand that would find an audience due to name recognition alone, another common flaw with horror movie sequels. Although Hiroshi Takahashi still manages to throw a couple of decent moments into his screenplay (once again working with material established in the source novel, Ring, by Kôji Suzuki), neither he nor Nakata seem to be able to nail down everything they got right in Ring. That doesn't make this anywhere near an awful movie, it just renders it a big disappointment.

Nakatani and Yanagi are acceptable leads, working hard against a script that doesn't give them enough texture or warmth, and all of the supporting cast members do good enough work, but this is a film that would still satisfy in the simplest of ways if it delivered enough killer moments with the evil figure at the heart of it all. It doesn't.

Perhaps best viewed as one weak part of a relatively strong series (a notion I will confirm or deny for myself when I prioritise a revisit of Ring 0 in the next little while), Ring 2 is only worth prioritising if you're a completist, like myself. Otherwise, I can't think of any one part of it that makes it unmissable.

Get this lovely set here. 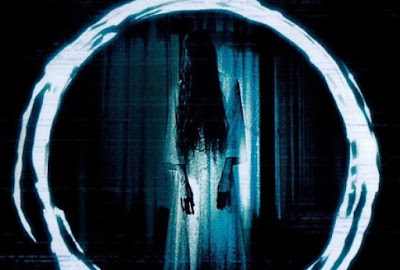