I wasn't sure exactly what I was letting myself in for when I started Wolf Guy, but I felt I was in fairly safe hands. It starred Sonny Chiba, and the title was Wolf Guy. You can surely connect the dots there, right? Wrong. This is a strange film, a lot stranger than the title would lead you to believe, but that doesn't necessarily make it a bad one.

Based on a manga series (yeah, yeah, I KNOW), Wolf Guy stars Chiba as a tough sonofabitch named Akira Inugami who investigates crimes. He doesn't seem to be an established detective, nor is he with the police force, but you just have to accept that Inugami is the man you want investigating any particularly tricky crimes. The latest tricky crime involves a number of men being killed who are connected by their time spent in a rock band. The band were responsible for the gang-rape of a young woman named Miki, giving her syphilis and absolutely ruining her life, but that is just the tip of this dark and sleazy iceberg.

If you want a film in which Sonny Chiba gets all hairy and goes full werewolf then this film will disappoint you. He DOES have more than a bit of lycanthropy about him, in terms of his strength and powers, but this isn't a standard werewolf movie, so that's worth bearing in mind.

Fumio Kônami does a decent job with the screenplay, kicking things off with a moment of madness before stepping back slightly, and then gradually introducing the stranger and wilder plot elements as everything unfolds. Director Kazuhiko Yamaguchi (unknowingly at about the halfway point in his career) does well enough, knowing that the sillier stuff will be overlooked by those drawn to the star power of Chiba, and also knowing just how much of the proper unpleasantness to show when more of the criminal plans are uncovered.

But most viewers are here for Chiba, and Chiba delivers his usual blast of charisma. He's a confident and skilled man, the kind who can take out a number of enemies in one big fight before heading off with a woman who is overwhelmed by the urge to bed him. Etsuko Nami has to endure the worst of the onscreen nastiness, playing the syphilis-infected victim Miki, but she makes a strong impression in a role that could have easily seen her displayed and then discarded in a much tighter timeframe. The other people worth mentioning are Kumi Taguchi, playing Kate, a woman who falls for our lead, and Yayoi Watanabe, as Taka, a woman who . . . well, you have to really see the film to believe it. The rest of the cast is made up of authority figures who complain about our hero, henchmen and crime bosses who want him out of the picture (while also wanting to make their own version of him), and one or two loose ends to either be beaten up or killed, depending on what they can reveal about the main plot.

At times, including the very opening sequence, this seemed like it was going to be very bad. I'm still not sure it makes much sense when you give it more than a passing thought. I did end up enjoying it though, mainly thanks to Chiba and just how far it spun away from my own expectations. Worth a watch, at the very least. 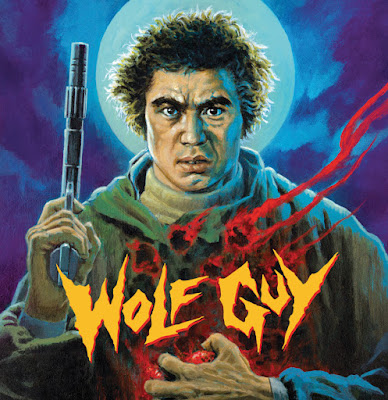