There is, apparently, a game called Hide And Seek Alone. To take part in this game you have to remove all of the stuffing from a stuffed toy and fill it with rice, then turn every light off in your home, with the exception of the TV. You soak the stuffed toy in water, stab it and say that it is now the devil. Then go and hide. Stuff will happen, and things tend to end with people losing the game in a fatal manner.

Hide And Go Kill concerns teens who play this game. It's structured episodically, showing us the various events that led to three different games of Hide And Seek Alone. Unfortunately, there's not enough in every episode to make it feel different enough from the others, which leaves you with a repetitive and dull horror movie. There is no decent build up of atmosphere, no great scares to give you goosebumps, and nothing that can't be found in at least twenty better movies released before this one.

Director Tomoya Kainuma, who also co-wrote the film with Jun'ichi Kanai, made his feature debut with this, and has made nothing since. So we can at least be thankful of that. I don't want to seem gleeful about someone not being able to make any progress in their dream career, but Kainuma shows such a lazy attitude, and complete misunderstanding of how to spice things up cinematically, that it's really a blessing he has not been allowed to mess up any other projects. Kanai has a few other films under his belt, but not many, so I can only speculate that he took this particular film as a steep learning curve for his own first step into the movie world.

None of the cast stand out. They're all completely interchangeable, silly enough to get sucked into the whole urban legend malarkey and play the ridiculous game until it all ends predictably badly for them. In fact, I'm not sure if the cast even get a decent amount of time in which they have to do any normal acting, there are so many moments of people peeking out while in hiding, and don't even start me on the horrifying moments that just have message board/phone text conversations typed out on a plain black background. That's how the movie starts. Yes, at the time when most people want to draw you into the film and grab your attention, Kainuma decides to display a lot of text between people discussing the "phenomenon" of Hide And Seek Alone. This then happens another three or four times throughout the movie, including at the very end, and is never interesting, or even all that enlightening.

I assume that I don't have to go on any longer about the reasons to avoid this film, especially when you already know so many other curse/urban legend movies you could either watch or rewatch. The sadomasochist in me is slightly tempted to also watch the sequel to this, but everyone with a normal brain can go through their lives happily enough without seeing any of them. 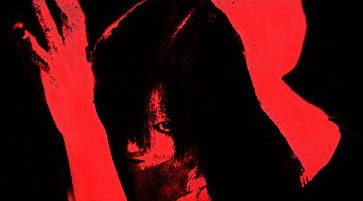