A film with an alternative title that is as useful as it is incorrect, Joshua is a “bad seed” movie that sadly never settles on just the right tone it wants to have. It’s a creepy slow burn on the way to an unsettling final scene, but it’s neither subtle nor ridiculous enough to be as impressive or entertaining as it could be.

Sam Rockwell and Vera Farmiga are Brad and Abby, the parents of a newborn baby girl. The newborn already has an older brother, Joshua (Jacob Kogan), and it is established early on that the family unit isn’t as cosy and happy as some. Abby is suffering, the baby won’t stop crying, and Joshua gets weirder and weirder, and potentially more dangerous to those around him.

Directed by George Ratliff, who also co-wrote the screenplay with David Gilbert, this is a silly film, but only when you stop to think of the many ways in which the main characters could resolve their situation. To the credit of the film-makers, the pacing of the third act, as things hurtle towards a worthwhile “punchline”, helps you to overlook the many plot holes.

The cast also help, of course. I will watch Rockwell in anything, and he does well in his role here, and Farmiga is easily just as good a performer as he is (although she hasn’t had as many plum roles). Both are playing people under different pressures, and a lot of that is applied by young Joshua, even though they don’t always realise it. In that vital role, Kogan is pretty good, although his entire persona is defined as awkward and/or creepy. Michael McKean has a small, but welcome, role, playing the boss of Brad, and only really caring about anything that affects the profit margin of the business. And you have some decent moneys for both Celia Weston, as the gran, and Dallas Roberts, as the uncle Joshua enjoys spending time with.

It would be fair to warn new parents away from this, considering the unrelenting atmosphere of misery and stress that permeates the entire runtime, because the scenes that play out more realistically will resonate strongly with anyone who has, for example, struggled to get a baby to feed or sleep. Most people, hopefully, won’t have a little psychopath making their lives worse, but parenting can be hard enough, at times, when you cannot find an immediate solution to keep a child content.

That aside, Joshua should have been deeply unsettling by and disturbing, or simply just bonkers and fun. Sadly, it is just disappointingly average. 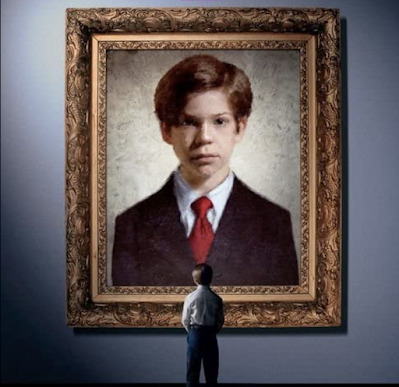