I have now seen approximately half a dozen films from the talented Márta Mészáros. They may vary in terms of quality, although the ones I haven't liked as much as others were still easily worth my time, but I already recommend her work to anyone, without hesitation. Mészáros is positively Bergman-esque in her ability to present people maintaining a calm exterior while their systems are positively ready to explode in a firework display of strong emotions.
The story here revolves around a woman named Mária (Marina Vlady) who takes more than a passing interest in young Juli (Lili Monori). Juli has a defiant streak, mainly as she protects her daughter and expects the worst from people, and a husband who is a violent alcoholic. Mária and Juli start to grow much closer over time, with Mária muddling through a tangle of potential relationship issues as she tries to best help Juli.
Simplifying the central notion of this film, Mária is the well-intentioned progressive female who is far from perfect, despite seeming to have everything much more together than the troubled Juli. It's obvious from the start that the approach taken by Mária can yield much better results than the approaches preferred by those around her, but there comes a point when kindness and magnanimity sometimes need to be supported with a tougher resolve to help people who won't always want to help themselves, whether they feel genuinely unable to improve their own position or whether they become too comfortable in the pattern of always being helped by their new "guardian angel".
Mészáros, directing a script that she worked on with József Balázs, Géza Bereményi, and Ildikó Kórody, approaches the material and characters with her usual mix of cool detachment and sympathy (which I know seems impossible, but she manages it). She knows the difficulties that these women have gone through, are going through, and will continue to go through, and she also knows the many fleeting times in which they could have made some better decisions connected to the men in their lives. It ultimately draws you even closer to the main characters, because we're all prone to making mistakes in life (especially where love is concerned), and Mészáros has been relying on viewers to remember that throughout so many of her exploratory movies.
The cast do a very good job, but there's no point in really mentioning anyone other than the two leads. Although a couple of men provide some complexity to the situation, they're only important in relation to how they affect Mária and Juli. Vlady is easy to like in the former role, and her "happy and settled" demeanour is worn away to show her own problems as things move towards a bittersweet finale that takes more time to highlight the horrors of being caught in the grip of alcoholism, yet also suggests a better future ahead for the two women working together. Monori is just fine, not required to go through as much of a range of emotions as Vlady, but it's the contrast between the two that works best, both having different strengths and weaknesses that allow them to fit together like two perfect jigsaw puzzle pieces.
If you're interested in cinema, throughout different genres and the history of the medium, then Mészáros is someone you should get to know. And The Two Of Them (AKA Women) is another one of her top-tier outings.
8/10
If you have enjoyed this, or any other, review on the blog then do consider the following ways to show your appreciation. A subscription/follow costs nothing.
It also costs nothing to like/subscribe to the YouTube channel attached to the podcast I am part of - https://www.youtube.com/channel/UCErkxBO0xds5qd_rhjFgDmA
Or you may have a couple of quid to throw at me, in Ko-fi form - https://ko-fi.com/kevinmatthews 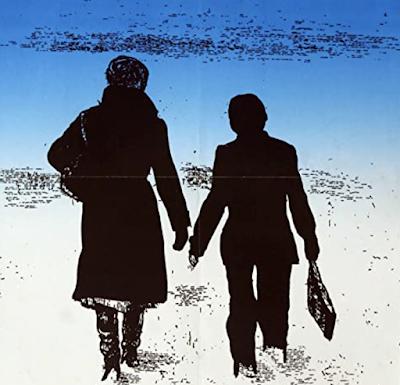