Having actually read “The Turn Of The Screw” some years ago, the classic horror tale from Henry James, I am very familiar with, and a big fan of, the story beats. I am also a big fan of The Innocents, and have even been lucky enough to see it adapted into a stage version that included puppets. Because what isn’t made better by puppets?

Despite the poor to middling reviews, I was looking forward to this interpretation of the tale. Mainly because I would always be happy to see it delivered to new audiences. And I am a massive fan of Mackenzie Davis.

Davis plays Kate Mandell, a young woman who takes a job teaching one young child, Flora (Brooklynn Prince) in a large house that only contains the two of them and the live-in helper, Mrs. Gross (Barbara Marten). All seems okay at the start, but tensions soon rise when Flora’s older brother, Miles (Finn Wolfhard) unexpectedly comes home from school. And something bad happened between the other staff who used to be employed there.

Written by Chad and Carey W. Hayes, possibly best known for writing The Conjuring, The Turning is a strange misfire that ultimately lets down everyone involved, and the blame needs to be shared out by the writers, and director Floria Sigismondi.

Those familiar with the tale already will undoubtedly wonder why so much of the ambiguity seems to have been removed. There’s also the strange decision to set it in the 1990s, without that really factoring in at all. And don’t get me started on the absolutely atrocious ending, which I am sure was intended to make up for the rest of the mishandled third act. But doesn’t.

The cast don’t do a bad job, but cannot distract from writing and direction that wants to undermine the better elements of the story. Davis is particularly good in the lead role, just the right amount of warmth, naïveté, and nervousness, while both Prince and Wolfhard do well, even if the latter suffers from the fact that his character is written to be so unsympathetic. Marten is a formidable figure, and the far-too-brief screentime for Joely Richardson allows her to make a strong impression, even if the inclusion of her character feels largely redundant until the very end of the film.

The Turning is ultimately a drama that is hard to care about, a horror film with no actual scares or atmosphere, and only really serves as a shining example of how not to reinterpret a classic for modern audiences. 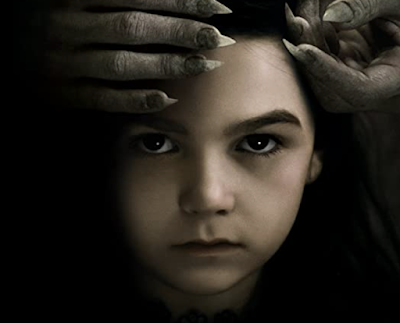