There are a number of films that I saw at an impressionable age that I can never bring myself to criticise too harshly. Bad films, but films that thrilled and excited me when I was young enough to not see how poor the special effects were. The Giant Spider Invasion is one, Night Of The Lepus is another, and Empire Of The Ants certainly belongs alongside them, although it's the best of a bad bunch.

Directed by Bert I. Gordon (Mr BIG), this is the tale of a group of people who are being taken on a ride, literally, by a dodgy real estate dealer. Joan Collins is that dealer, named Marilyn Fryser, but even she wouldn't try to sell people properties that had been taken over by giant ants, which is a problem that crops up in the middle of her ongoing sales pitch. The motley group of individuals seek a safe passage away from the giant ants, but it may not be as easy as it looks. Even if they can get to a small town nearby.

If you want some ant-based horror movies then you have to look elsewhere (and I HIGHLY recommend the sublime Phase IV here), but Empire Of The Ants delivers pretty much what anyone might want from a 1970s movie that is aiming for moments of spectacle over anything believable. If the special effects had been a bit better then this could have been a decent little sci-fi horror movie. They're not though. Most scenes are shot with normal ants magnified in size and placed alongside the actors. Some of the scenes have the ants clearly separated by glass. And at least one memorable moment shows the little blighters are clearly interacting with miniatures and photographs.

Allegedly based on a short story by H. G. Wells (which I am assuming had the word "ant" in it, and that's all the connection needed to give it that label), the script, by Gordon and Jack Turley, is about as standard as you'd expect for this kind of thing, despite the enjoyable turn that the whole thing takes in the third act. This isn't an extremely tense or gritty film. It's basically an episode of something like The Love Boat, just with a bunch of big ants making things complicated for the assorted guests.

Collins is game enough in her main role, and she manages to stand out due to her status as THE Joan Collins, but the rest of the cast are interchangeable. Robert Lansing and John David Carson have moments in which they can be pro-active and manly, Albert Salmi is a local Sheriff, and the secondary female leads, because every female is secondary in a cast that bills Joan Collins at the top, are Jacqueline Scott and Pamela Shoop, who do just fine with what they're given. Special mention should be made of Harry Holcombe and Irene Tedrow, playing an elderly couple who separate from the main group at about the halfway point, with memorable results.

This is a bad film. And I'll never stop having a soft spot for it. The more I think about it right now, while wrapping up this review, the more I am smiling as I remember how enjoyably daft it is throughout. I recommend it to everyone, but I expect very few people to actually enjoy it as much as I do. 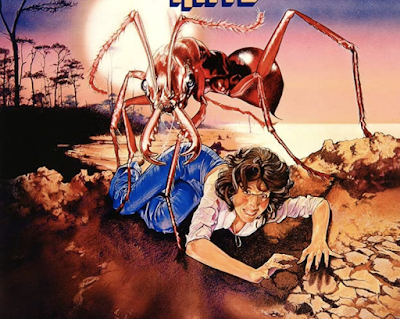