A Tom Clancy adventure tale, which means a lot of military tactics and hardware on display, Without Remorse is yet another vehicle for Michael B. Jordan that isn't really deserving of his talent. That's not to say that it's bad, it's just not great. And it could easily have been improved.

Jordan plays John Kelly, a bit of a super-soldier. He's taken, along with his team, on a mission overseen by Robert Ritter (Jamie Bell). It turns out to be a mission that upsets some powerful Russians, apparently, and a revenge attack attempts to take out the team when they're back on American soil. Kelly actually survives the attack, but his pregnant wife is murdered. So he's determined to do whatever it takes to take down the people responsible for shattering his life. But who is the one giving the orders, and how far up the chain does the whole mess go?

Not considering the cast, who I will mention soon enough,  Without Remorse has a number of good names involved with putting it together. The script is by Taylor Sheridan and Will Staples, and it's not that bad. Oh, it's fairly predictable and clichéd, but it works just fine for the kind of film it wants to be. Director Stefano Sollima handles everything capably enough, especially in the action scenes that give a cinematic spin on some more realistic action, if you can overlook the fact that at least one character seems to be pretty indestructible at times. The plotting is kept straightforward enough, and the geography is usually quite clear when it comes to the gunfights and combat.

Jordan is as riveting as usual in the lead role, absolutely believable as a smart and tough badass (I'd say his John Kelly is on a par with a character like Jack Reacher). Bell is just fine in his role, playing someone that Kelly distrusts from the start, which means we viewers also distrust him. Jodie Turner-Smith is another main member of the military team, Karen Greer, and she holds her own in the thick of the action. Last, but not least, is Guy Pearce, playing Secretary Clay, the kind of suit-wearing official you suspect will always be looking out for plausible deniability, even as he seems to be helping the main characters. Pearce is another highlight, and he gets some of the better little moments in the script, gaining trust from soldiers with his ability to be savvy and realistic, at times offering an option to others without any glorious reward at the end of it.

If you like this kind of film then you're going to like this. It's exactly what you want it to be. But it's nothing more than that. Nothing. There's no real ambiguity or complexity, despite what the writers may want you to think by the third act. You have good guys going after bad guys, and those bad guys come in various guises. There are a few decent set-pieces, and it sets things up for a potential series. But it's unlikely to be one that viewers will revisit often, if at all, and if there IS a sequel coming along then I hope it improves on what has been laid down here. A solid, unspectacular, foundation. 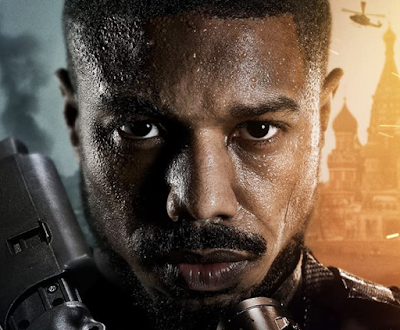