It is a well-used trope in the horror genre, the hidden war of vampires vs. werewolves. We could all make at least two franchises based around this idea, and there are many more stories about it that haven’t penetrated popular culture. And now Among The Shadows is an addition to the battling lycan/vamp subgenre.

And it is absolutely terrible.

I’m not exaggerating. This is the kind of film to show people who think something like Army Of The Dead or Jurassic Park III is the worst thing ever. It’s staggeringly incompetent in almost every way, and manages to take a very basic plot and construct everything so messily that you stop caring long before the third act plays out.

Lindsay Lohan (or, very possibly, a hologram of Lindsay Lohan, considering how often she is shot against an awful, fake backdrop) plays Patricia Sherman, a recent widow who hires Kristy Wolfe (Charlotte Beckett) to find the killer of her husband. Political games are being played, the war between werewolves and vampires seems to be heating up, and Lieutenant McGregor (Gianni Capaldi) spends a lot of time grumbling and looking broody in the middle of it all.

It’s unsurprising to see that neither director Tiago Mesquita nor writer Mark Morgan have many other feature films to their credit. I would be happy if this one was their last, unless they learned so much from this experience that anything else from them proves to be at least ten times better. The only thing worse than the plotting is the dialogue, which almost makes you feel sorry for the cast. Almost. And then you have the direction, all slo-mo mood shots, disparate moments featuring nonsensical voiceover, and occasional unexciting confrontations.

It wouldn’t be saved by better people acting onscreen, but it’s certainly not helped by the three nominal leads. Lohan is hampered by the fact that she looks like she was added to every scene by George Lucas, Beckett is never once believable in her role, and Capaldi is a laughable stereotype who belongs in a very different movie (probably something more like Loaded Weapon 1). I won’t even mention anyone else, and I am sure a few people may keep this one off their C.V.

I almost gave this the very lowest rating possible, and it’s certainly a contender. Yet it manages to somehow remain a bit more watchable than some. It’s unbelievable, atrocious, and sometimes painful, but it also becomes strangely mesmerising to watch something so consistently inept. And it isn’t quite as dull as some films I have endured, which is something I view as the biggest cinematic sin. 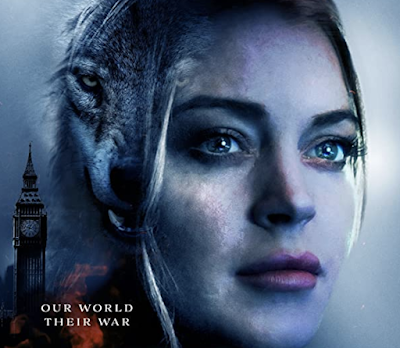