It's hard to say why The Reckoning doesn't really work as well as it should. Perhaps it's the feeling of watching something from Neil Marshall that is far below what we've been used to getting from him in years gone by, perhaps it is the fact that the story is far too familiar to fans of classic horror (coming closest to the fantastic Witchfinder General). Perhaps it's even the irritating score from Christopher Drake that swells and rolls around as if it is accompanying scenes with much more dramatic weight in them.

Charlotte Kirk stars as Grace Haverstock, a woman who is left a widow when her husband visits a local tavern and drinks from the wrong cup, giving himself a dose of the plague. Trying to keep her property and land, and rejecting the overbearing advances of the local squire (Steve Pendleton), who doesn't mind getting what he wants by force. Upsetting a few different people with her attempts to simply get on with the rest of her life, for the benefit of herself and her young child, Grace is soon accused of being a witch. Which means the Witchfinder General, John Moorcroft (Sean Pertwee), is invited along to deal with her.

Not ever tense or bloody enough to be a great horror, and not ever affecting enough to be a great drama, The Reckoning sits in a bit of an unsatisfying middle ground. It's all the more annoying for the fact that there are some very good moments here and there, but they're in a movie that takes just under 2 hours to say nothing really worth your time. If you don't know by now that a horribly large amount of women were accused of witchcraft, tortured until they confessed, and killed then this might be an eye-opener for you. Otherwise, it's certainly not the wake-up call that it seems to present itself as.

Based on a story by Antony Jones and Edward Evers-Swindell, the script co-written by Evers-Swindell with Marshall and Kirk is entirely predictable and composed of moments that we've seen a number of times before. Which isn't such a big problem when you have some great scene-stealing from someone like Pertwee.

It's more of a problem when you have the movie resting on the shoulders of Kirk, who doesn't ever feel like a good fit for the lead role. She's not exactly terrible, but always feels like she's obviously acting. It's like when a talented child actor attacks their first lead role in a new stage show with the same approach they gave to their previous work. The performance may not be bad, but it feels out of time and place, and you can tell they're working constantly all the way up at eleven (to use a Spinal Tap-ism). Waddington is entertainingly horrible, Suzanne Magowan does alright as an assistant to Pertwee's character, and Callum Goulden is decent as a young man out to help the lead. But it's Pertwee who does the best work, bringing the right kind of energy to help save this from being a complete bore.

I've seen far worse than this. I can also easily think of about a dozen movies you should watch before this (one mentioned in the first paragraph, but I'd also list the likes of The Witch, A Field In England, Blood On Satan's Claw, 1960s Black Sunday, and a few others). There are even at least two episodes of Inside No. 9 that come close enough to this material to make them worth a watch ahead of this. Work your way through all of those before giving this your time. 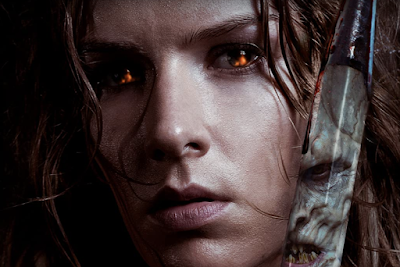