In the history of movies, there have been few cult works as inept and horribly old-fashioned (in terms of both attitudes and style) than Microwave Massacre. It is an exploitation piece that tries, and fails, to balance things between the nasty and the comedic.

Jackie Vernon is Donald, a construction worker who is stuck in a love/hate relationship with his wife. He doesn’t enjoy his life, despite spending part of his work day ogling women who pass by the construction site while daring to have breasts. Donald kills his wife, and his sense of taste is changed forever when he accidentally eats a part of her that was stored in the freezer. This leads to him picking up a variety of women, somehow, to kill and eat them.

Written by Thomas Singer and directed by Wayne Berwick, this is horrible from start to finish. And yet it’s also strangely mesmerising, a car crash caught on film that everyone decided to release to the public, years after it was completed. Almost every line of dialogue is either aiming to offend or make you groan (in a couple of ways), and it certainly makes for a unique viewing experience.

Vernon is, and there’s no diplomatic way to say this, dire in the main role. His delivery is on a par with someone trying to fake a pratfall video in order to have an online viral hit. To be fair to him though, nobody else does any better. Berwick is clearly directing without any care for the performances, either due to time restrictions, a low budget, inexperience, or a mixture of all of those things.

You get some gratuitous nudity, some gore that would have to struggle to look any more fake, people failing to stay still enough when they’re playing dead, and truly terrible “witty” lines that will make you want to cut your own ears off. Which makes it perfect to watch when you want something enjoyably dumb and entertainingly atrocious. 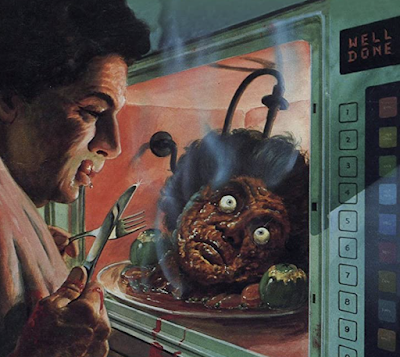