Carmen Electra stars as . . . Carmen Electra in this goofy homage to big bug movies of yesteryear, and you could do a lot worse than checking this out if you want a decent time-waster that doesn’t make you think too hard.

Daniel Letterle is Josh, a young man who has won a competition that sees him and some of his schoolmates attending an Electra gig on a small island. Josh didn’t enter the competition though. His sister (Chelan Simmons) did. But Josh cannot refuse the prize, despite wanting time to move over his ex, Maddy (Mary Elizabeth Winstead). Everyone else is ready to party, which would be all well and good if it wasn’t for the fact that the island is home to a number of oversized creepy-crawlies.

Written and directed by Jack Perez, what you have here is an attempt to appeal to MTV fans with elements and tropes that will be very familiar to older viewers who grew up enjoying the exotic creations of Ray Harryhausen (namechecked as a character played by Adam West). It works for many scenes, the first half sets everything up nicely enough, there are some cute creations, and one shot showing what was clearly a toy boat in a miniature water setting definitely gave me a big grin, but the combination is also clumsy, and the third act fumbles things in a big way.

Letterle is a decent young male lead, Winstead is quite likeable in an early role, and Electra is very cute in a role that used her appeal well, and lets her try to subvert assumptions as she surprises the main character with how she is in “real life”. West is fun in his small role, C. Ernst Harth makes a good impression as Eightball (basically the main security officer for Electra), and even the likes of Joe MacLeod and Chris Harrison do well with roles that aren’t exactly fleshed out to any great degree.

What works outweighs what doesn’t work, but only just. Perez clearly has affection for the monster movies that he is paying homage to, and that comes across in every scene that has a bug looking as if it was made from a posable skeleton and modelling clay. He seems less interested in finding a way to satisfyingly resolve everything, and doesn’t manage it. Although, to be fair, the ending is in line with some of strange and/or abrupt endings of the Hammer and Harryhausen movies.

A good time, but not a great time. I am happy we got it though, even if it was from the MTV stable. 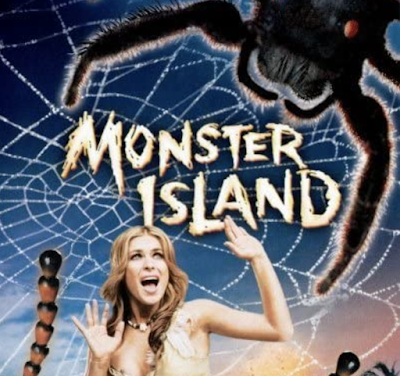