There will obviously be a lot of people who don’t want to see The Reluctant Fundamentalist, people who pre-judge it in a way that is sadly in line with the main point being made by the movie. They may be the best people to actually give it a viewing. Because there are lots of bad people in the world, and we seem to hear more and more about terrorists in our constant news cycles. The Reluctant Fundamentalist does not excuse those people, but it certainly shows how our actions and treatment of people can push others to an extreme position that they don’t want to be in.

Riz Ahmed plays Changez, a Pakistani man who has returned home to teach students after time spent forging a successful career in America. His role there was to assess companies, either making them more efficient and profitable or deciding that they need to get the chop. It was all well and good until one day he realised that there was more to any workplace than just the spreadsheets and the bottom line. Liev Schrieber is Bobby Lincoln, a journalist wanting an interview with Changez, but the interview is really about something else. American forces are trying to rescue a high-profile hostage. They believe that Changez has information on his whereabouts. Because surely someone who has gone through what he has gone through has to take a stance against America . . . right?

Ahmed is more well-known nowadays than he was back when this film was released, in 2012, but he has always been a fantastic actor and this gives him one of many superb roles he has bagged throughout his career thus far. Schrieber has an easier time, generally just asking the right questions, but he is as good as ever in his role (and I always tend to like seeing him in anything). Kiefer Sutherland does his best work in years, playing a boss who sees the potential in Ahmed’s character, and he is very nice and helpful until he starts to meet resistance. Blunt, efficient, and not without charm, it feels like a role tailor-made for Sutherland. There are many others filling out the cast roster, not least of which is the legendary Om Puri, but the other main character to mention here is a selfish and inconsiderate artist played by Kate Hudson. Developing a relationship with our lead, this part of the film looks at yet another way in which someone foreign can be used and hurt by an “entitled Westerner”.

Director Mira Nair, working from a screenplay that adapts the novel by Mohsin Hamid, doesn’t shy away from showing any, and all, sides of the ongoing divide, and conflict, that has caused so many people over the past few decades to judge others based solely on their looks and/or home country. This is a nuanced look at a major societal issue that rarely gets treated with nuance, and it is well worth remembering that more people try to keep themselves at a happy medium than at any extreme end of a spectrum. The script, worked on by a number of people bringing different strengths to the material, does a magnificent job of making certain moments ambiguous while also reminding viewers that there shouldn’t be ambiguity. The ambiguity stems from the narrative that viewers have been fed from whatever news they prefer to consume.

Not just a fine bit of dramatic work from all involved, The Reluctant Fundamentalist is important for the way it challenges, and defies, all preconceptions. It’s a comment on the way individuals allow groups to divide them, how that divide grows, and what the ultimate tragic end is, even for those innocents trying to act impartial. It also features a number of scenes that I am sure will be painful to watch for those who have lived those experiences. 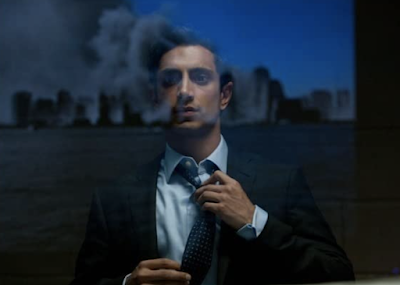