I am one of many people who can be asked about the filmography of one Allan Stewart Konigsberg (AKA Woody Allen) and say that I preferred his earlier, funny, films. Some of his attempts to emulate Bergman are awful, although others love them, and I always think that if you want that kind of Bergman movie then you should just seek out, well, a Bergman movie. But if you want a Woody Allen movie, with a heap of one-liners and a main character, or two, just riddled with neuroses then you should seek out a Woody Allen movie.

Manhattan Murder Mystery is an attempt to blend the light with the dark once again, as Allen has done many times, with varying degrees of success. Based on an idea that was written many years before, mainly as a sub-plot in Annie Hall (hence a co-writing credit for Marshall Brickman),  and left to gather dust, I can easily see how this is almost prime Woody Allen for many people. Not for me though.

Allen and Diane Keaton star as Larry and Carol Lipton, a married couple who have settled in to a life of occasional trips to try enjoying some culture, polite dinners with friends, and dodging other social invites when they just don't want to put their energy into meeting people and making small-talk. But things liven up a bit when Carol becomes convinced that their neighbour, Paul (Jerry Adler), has killed his wife, Lillian (Lynn Cohen). Not content to wallow alone in their paranoia and curiosity, the Lipton’s drag in two friends, Ted (Alan Alda) and Marcia (Anjelica Huston), the latter being a writer, and client of Larry, who may have a better mindset for figuring out how to catch a killer.

The biggest problem with this film is actually Allen. Giving himself the lead role once again, instead of one of the many acting avatars he has used in other lead roles, Allen bring up his entire past filmography with his presence, and so many of those cover very similar ground, but do everything much better. If you want a Woody Allen film with him being his usual onscreen self then you can pick a dozen movies better than this one. If you want a Woody Allen crime comedy then you can also pick about a dozen movies better than this. As ever, to be fair, there is one specific point that Allen is making here, and this time around it is all about loved ones pulling themselves out of a rut, but it isn’t good enough to sustain what is a fairly light, and often disappointingly mirth-free, film.

Keaton is a fun presence, very childish in her urge to dive headlong into a mystery, so that helps. Alda and Huston are welcome additions, both bringing their usual personality traits to the characters they portray, and Adler manages to go about his business while having everything he does viewed with suspicion.

Some nice musical cues crop up here and there, there are a couple of gems buried in the script, and it all zips along briskly enough, but this is definitely a lesser Allen movie. It’s far from his worst, mainly because it isn’t beholden to Bergman, but it barely manages to feel like something worth your time. 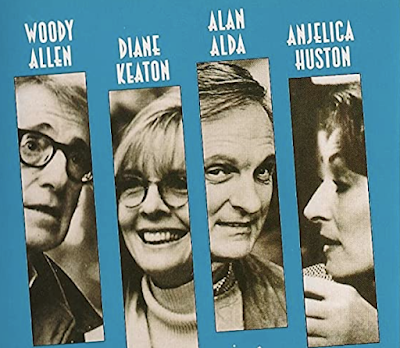