Dirk Bogarde is a ladykiller. That's not a spoiler. It's clear from the very first scenes of Cast A Dark Shadow. Bogarde plays Edward, a man who is married to the much wealthier, and much older, Monica (Mona Washbourne). He arranges for her to die in a way that looks like an accident, hoping to be the main recipient of her wealth. Things don't go entirely according to plan, but it doesn't leave Edward in a terrible situation. While still pretending to mourn the loss of his wife, he sets his sights on a new target, a widow named Freda (Margaret Lockwood). Freda has wealth, but she likes to ensure that their relationship is always managed 50/50, which leads to Edward potentially lining up his next victim, a woman named Charlotte (Kay Walsh).

Based on a play, "Murder Mistaken", by Janet Green, this is a wonderfully entertaining thriller that wrings humour out of the fact that our lead, a dastardly villain who just happens to have the charm and handsome looks of Bogarde, is driven into a greater state of desperation and impatience with every moment that sees him not being immediately rewarded for his misdeeds. It's not a film laced with obvious comedy, but it does seem to encourage viewers to relish Edward beginning to wriggle and thrash around as the worsening situation closes around him like a fishing net.

Directed by Lewis Gilbert, who has some great films tucked away later in his filmography (including a few Bond movies and Alfie, which features a character who could have easily taken a path to turn him into this character), this is a film that doesn’t take long to get going at all and then manages to maintain a brisk pace all the way to a fitting ending. The script by John Cresswell is twisted and witty, especially once Edward meets Freda, and this is a film that enjoys watching the main character deal with others around him, be they potential victims, a suspicious solicitor (played by Robert Flemyng), or even just a house servant (Kathleen Harrison) who needs coached and nudged in certain directions.

Bogarde shines in the main role, one that makes the most of his charm and allows him to convey an inner darkness, which he did successfully a number of times. Lockwood brings a different energy to the film, and she is a worthy “opponent” to Bogarde, with the two characters at times feeling very suitable for one another. Flemyng does well, and is allowed to be the one person suspicious of Bogarde’s character from the very start, and Walsh throws a spanner in the work in the third act, making you wonder what exactly the next move from our central character will be. Although she has the least amount of screentime, Washbourne does as well as everyone else, a sweet and oblivious victim who thinks she is set for a long period of happiness in her twilight years.

The ending, like so many from the yesteryear of cinema, is quite predictable, going by the code used to ensure that things always end with the needle of the moral compass pointing back to “true North”, but it is no less enjoyable for it.

Wonderful stuff, featuring a main character who you want to see get his comeuppance, but not until he has managed to dig himself into a much deeper hole as he grows more and more ill-tempered. 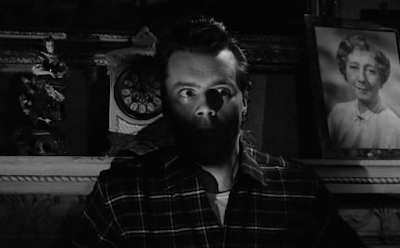