All the signs were there that I wasn't going to be a big fan of Max Payne. I wasn't even very aware of the videogame when it was popular (all I knew is that "bullet time" played a part). Directed by John Moore, who has a filmography not exactly stuffed with classics. Written by Beau Thorne, someone who doesn't seem to have written any other features. And starring Mark Wahlberg, an actor who really depends on a director and cast helping him to do his best.

Wahlberg is Payne, a cop who is more dangerous than he used to be thanks to the death, a few years ago, of his wife and child. Payne likes to go out at night and take care of criminals without the hassle of arresting them and going through any paperwork. His nocturnal activities put him in the company of people who are enjoying a fun new drug. Fun until it makes the user hallucinate some scenario that leads to their sudden death. It's a great product though, apparently, and Payne will come up against a variety of enemies as he sets out to destroy the supply chain. He might also come closer to finding out just why his wife and child were killed.

I really hoped that I would be able to list SOME positives here, considering how often I can find the simplest pleasures in films that are otherwise not really worth giving time to. Unfortunately, that's not the case. There's not one thing here that actually works. The script is a messy mass of clichés, which could have worked if the design, characters, and tone of the film had been managed better. Moore directs with the approach of someone who is actually stringing together videogame scenes without any need to worry about the plotting in between. Are there moments that look pretty cool? Yes. I'd say there were about four or five. You do get the slo-mo bullets, and you also get some demons that appear to the drug addicts who are about to quickly shuffle off this mortal coil. Those moments are the only ones I am willing to acknowledge as being remotely considered highlights.

Wahlberg is very . . . Wahlbergian in the lead role. He's tough. He scowls a lot. He's a tortured soul who wants to make the world a better place. It's a horrible performance from him, despite the fact that he's a potentially great fit for the role. The supporting cast has some better faces, but none of them get good enough material to work with. Olga Kurylenko is a welcome addition to any film, as I have said on many occasions, but she's not onscreen for long enough. Mila Kunis is similarly under-used, and her character is not one that plays to her strengths. Beau Bridges pops in and out of the proceedings until an inevitably strong presence in the finale, and I guess he tries his best, but there are better small turns from Donal Logue, Amaury Nolasco, and Ludacris.

It lacks any decent writing or characters, which isn't entirely unexpected when you go into a movie based on a videogame, but it also lacks enough moments that showcase some cool FX work, doesn't have any memorable set-pieces, and seems unable to move in any way from the plodding and sombre tone that you don’t really want from a lightweight videogame movie. 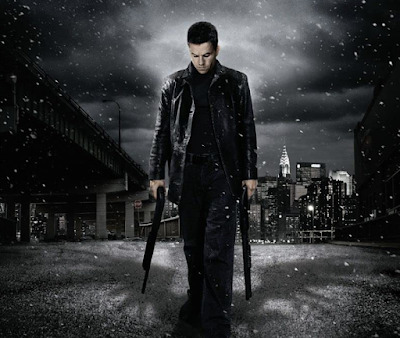