When I happened upon The Black Glove AKA Face The Music (which is the better title for it, and the one I will be using throughout the rest of the review) I hoped that I had stumbled upon a little gem. A British noir from the 1950s, helmed by the talented Terence Fisher. Alas, it wasn't to be. What I got was a perfectly adequate, but also perfectly average, little noir without any edge or grit to it.

Alex Nicol plays James Bradley, a jet-lagged musician who ends up enjoying the company of Maxine Halbard (Ann Hanslip). That's all fine and dandy, apart from the fact that Halbard winds up dead. Bradley is immediately a main suspect, but he soon starts to perform his own investigation, finding his way to Halbard's family, people who worked with her, and those who may have been in love with her.

Written by Ernest Borneman, adapting their own novel to the screen, Face The Music is just too damn cosy to be considered anywhere close to essential film noir. That's part of what helps it to remain an engaging enough way to pass some time, but it also completely undermines any tension and any interest in the few twists and turns. Even the main "innocent man hoping to avoid prison" plot point is dropped so quickly that you never really get a sense of the lead character being in any serious trouble.

The cast match the material, in that they're almost uniformly average throughout. Hanslip is the best presence, but her screentime is unfortunately, if understandably, brief. Nicol is a lead with little charm or charisma, not that he's unpleasant or terrible (he's just not an obvious choice for the main role), but there are some small pleasures to be had with the supporting players, including Eleanor Summerfield, John Salew, Paul Carpenter, Geoffrey Keen, Arthur Lane, and Fred Johnson and Martin Boddey (the latter two playing the main law enforcement officers looking for a murderer).

Look around and you can find a wide variety of opinions on the directorial skill of Terence Fisher, but I've always been a fan of his work. It's clear, however, that the workmanlike quality some use to dismiss him was more evident in the earlier years of his filmography, having helmed 20+ movies in the 8 or 9 years before he settled into his role helping Hammer to turn themselves into THE home of British horror cinema for just over a decade. Most of his now-forgotten films, such as this one, were also under the umbrella of Hammer, but the two solidified their identities when they worked together to revive those horror icons that had previously made so much money for Universal.

Not one to ever make a high priority on your viewing schedule, Face The Music at least goes through the motions with a bit of polish and care. Neither of those things are necessary for gripping film noirs, sadly, and I can't imagine any viewers being too impressed, or surprised, by the final reveals presented here. But, like so many films of this nature, it at least comes in under the 90-minute mark. Even if it feels a bit longer. 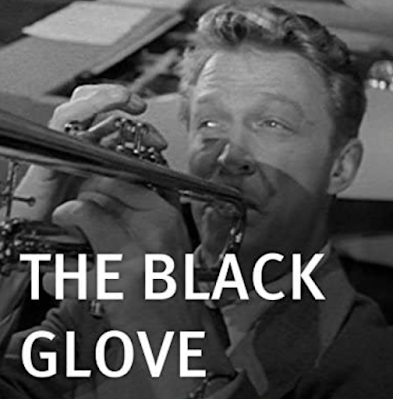