Sometimes I review a movie. Sometimes I review it by focusing on one particular aspect. And sometimes I end up going off on some tangent because a movie has brought up a lot of strong emotions, a reaction that I think warrants more discussion than the technical elements.

The Arbor is a documentary about Andrea Dunbar, a playwright who broke through with works that were drawn from her own working-class life. But it’s not a traditional documentary. Actors are onscreen, lip-synching to audio from interviews conducted with those who knew, and/or were related to Dunbar. It’s a hell of a story, especially when concentrating on the abuse, depression, addiction issues, and other obstacles that get in the way of happiness and self-care.

Clio Barnard does a great job of assembling all of the material here and presenting it in a way that doesn’t sugar-coat things, yet also makes it a bit easier to stomach as the cast relay the words directly from the interview subjects. There are also some scenes showing excerpts from Dunbar’s plays, with some moments feeling very much ripped from Dunbar’s life, considering how much she wrote based on her own life.

Here’s the thing though. While this does paint an accurate portrait of Dunbar, and the lives of those she affected so strongly, the biggest thing that comes across here is the constant class divide that has harmed so many British people over the years. Whether it is the various reactions to Dunbar’s works, some are impressed and some are disgusted, or the frustrating nonchalance from people who saw someone spiralling and just thought that was something that couldn’t be changed.

There are so many comments around that make growing up poor seem carefree and delightful (all about kids making do without smart phones and judging time by the streetlights), but growing up in poverty, as lower class, does a lot of damage, often more than anyone realises until it is too late. You cave in to peer pressure and make bad decisions, you may be the victim of different types of abuse, better prospects seem as distant as another planet, and any sense of self-worth is eroded to the smallest granule. Without commenting on it herself, Barnard lays this all out for viewers to digest.

Maybe this will only ever truly resonate with people who have been in that environment. Maybe those who recognise the truth in Dunbar’s work will be able to see the importance of constant attempts to break down social divides and narrow the massive wealth gap. Or maybe people will just continue to value the art of “working class heroes” without ever considering why someone has been left to process so much pain and sadness without the support that can be in place for so many others. 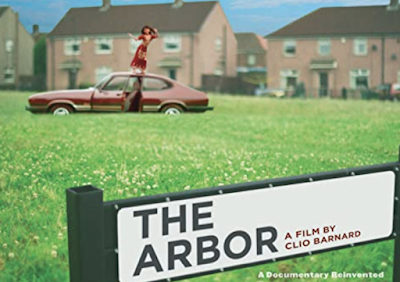