Sean Penn stars here as Bobby Cooper, a drifter who ends up with car problems that leave him stranded in a desert town miles from normality. Bobby soon gets in between two people who seem to be in a relationship (played by Jennifer Lopez and Nick Nolte), but both actually want the other one dead. He may be able to turn his misfortune into a major payday, which would help with his plan to either pay a big debt he owes or run towards a new life. If he somehow has any money left after paying off the ever-growing list of charges that the local mechanic (Billy Bob Thornton) keeps adding to his bill.

Adapting his own novel into screenplay form, writer John Ridley delivers a tale of unpleasantness, madness, and oppressive heat. Whether you like the film or not, director Oliver Stone takes the material and seems to relish the opportunity to spend a couple of hours trapping viewers with characters that we would otherwise be looking to get away from as quickly as possible.

I am not always a big fan of Penn onscreen, but he’s good here, playing someone so irredeemably bad that he doesn’t realise how much he belongs alongside the other characters who are also irredeemably bad. Lopez is a great femme fatale, and I hope she tries this kind of role at least one more time, and Nolte has a lot of fun in his sleazy role. Jon Voight has a small role that has him quite unrecognisable, Powers Boothe is a local Sheriff who may complicate things further, and there’s even one scene that makes good use of the wonderful Laurie Metcalf. There’s also a fun, though relatively inconsequential, plot strand that benefits from enjoyable turns from Claire Danes and Joaquin Phoenix.

You get the usual overdose of flourishes, editing tricks, and visceral nastiness that so often appears in an Oliver Stone movie, but the score from Ennio Morricone does a good job of helping to offset the unrelenting visual assault. The soundtrack, unfortunately, just feels pilfered from other, better, movies. There are definitely moments when this feels like Stone trying to emulate a film-maker he may view as having moved into his realm and stolen his crown (that cocky overthrower being Mr. Tarantino).

There are a lot of fun moments here, especially anything involving Thornton, but there are times when it is a bit of a slog. It is a gallery of the grotesque, a carnival freakshow. That is fun when you first wander in and enjoy the novelty. It becomes tiresome when you realise you paid your money and are now stuck inside for an overlong presentation of hucksterism and nastiness. 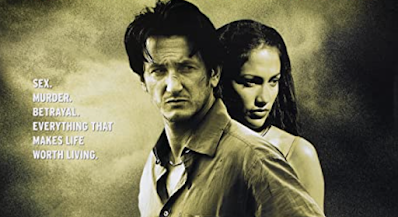