Based on a play, “Deadlock”, by Leslie Sands, Another Man’s Poison is a film that feels very much like it is based on a play. I don’t mean that in a bad way though. It’s just a film with no need for too many bells and whistles, thanks to a cast all working well with a script, written by Val Guest, that allows them to have a lot of fun exchanges.

Bette Davis plays a mystery writer named Janet Frobisher, and we find out quite early on in the movie that she has just killed her husband. Apparently. Her husband hasn’t been behaving very well, and the fact that nobody in the local area has ever really seen him should make it easier to get away with his murder. Things get much more intriguing when George Bates (Gary Merrill) turns up on Janet’s doorstep. He is on the run after a crime, committed with Janet’s husband, and decides that he can stay there for a while, pretending to be the previously-unseen Mr. Frobisher. Tension increases when Chris (Barbara Murray) and Larry (Anthony Steel) turn up. Chris is Janet’s assistant, while Larry is her significant other, and also engaging in a bit of infidelity with Janet. It’s only a matter of time until the wheels fall off.

Directed by Irving Rapper, this is a film that keeps adding one amusing detail on top of the other on the way to a third act that makes room for a couple of extra twists and turns. I can see people loving or hating the very final moments, which would taint your view of the entire film, but I watched events unfold with a wry grin and an amused groan. Despite it being a bit mishandled, it’s a wonderful punchline after the time spent watching people generally be horrible to one another.

Davis is superb in her role, clearly relishing a script that plays to her best ability to deliver wonderful barbs while taking no shit from anyone. It may not manage to barge into any Top 10 list of her work, but I would say it deserves to loiter just at the edges. Merrill is enjoyably antagonistic, playing his character as someone who enjoys having the upper hand and gets understandably irritable when things start falling apart. Murray and Steel both provide solid support, with Murray the most sympathetic and likeable character in the movie. Last, but by no means least, we have Emlyn Williams as a nosey neighbour, and veterinarian, named  Dr. Henderson. Williams manages to avoid being too big a pain in the butt because viewers know that his nosiness and prying could end up saving someone from a dire situation.

It’s no unmissable classic, which might explain why I had never heard of it before (I discovered this while browsing my streaming service options), but Another Man’s Poison is fun for fans of Davis, fans of thrillers with moments of delicious dark comedy, and anyone who just fancies a hugely enjoyable 90 minutes in the company of actors doing their best by a script that rewards their efforts. 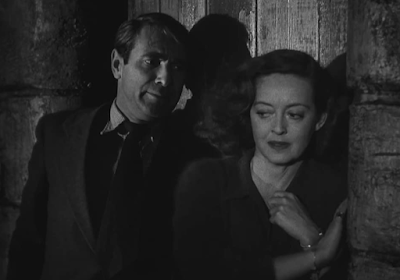