A film I haven’t seen since I picked it up on VHS when it was first released, I was very keen to revisit The Man Who Wasn’t There, a film that arguably remains the most overlooked title in the filmography of the Coen brothers (certainly from the past couple of decades anyway).

Billy Bob Thornton plays the main character, Ed Crane. He runs a barbershop with his brother, Frank (Michael Badalucco), and plods along in his marriage to Doris (Frances McDormand). A chance encounter with a customer (Jon Polito) who has a grand business plan leads to Ed setting out to blackmail Big Dave Brewster (James Gandolfini). He knows that Dave and Doris have been having an affair, but this perceived opportunity for success could lead to disaster. And death.

Shot in beautiful black and white (courtesy of the great Roger Deakins), The Man Who Wasn’t There may not be as sharp as other Coen brothers movies, and it may run too closely to some of their best works, but it remains a fantastic slice of straightforward noir. The brothers don’t want to twist things too much here, they just want to tell a story well worth telling.

The cast are almost all perfect, with Thornton at his laconic best in the lead role. He has rarely been an actor who exaggerates his mannerisms or catches your eye with histrionics (the excellent Sling Blade aside), making him an ideal choice to carry a film with this title. McDormand is as good as ever, playing a flawed woman who clearly still has love there for her husband. Gandolfini and Polito both make a strong impression with more limited screentime and Tony Shalhoub has one of his best movie roles, playing an expensive lawyer who believes himself unable to lose a court case. There are also enjoyable turns from Badalucco, Richard Jenkins, and Scarlett Johansson, with the latter representing a fresh start, optimism, and purity in the mind of Thornton’s character.

It would be wrong to try and convince anyone that this is one of the very best movies from the Coen brothers. That isn’t true. But it would also be wrong to leave it languishing in the forgotten limbo it seems to have been cast into over the past twenty years. It may not be a masterpiece, and it isn’t out to feel fresh or full of surprises, but it is a lovingly crafted piece of drama, using a top-notch cast to draw you into a tale of love, death, and greed for a couple of hours. 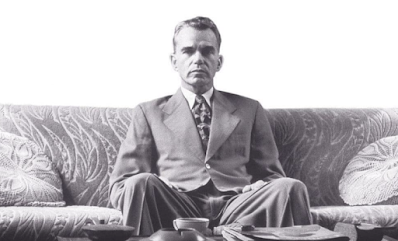