Dan Brown is not Charles Dickens. He's no Brontë. No Stephen King. Even when it comes to thrillers, he's not as good as the likes of Patricia Cornwell, Lee Child, or even (when he's on form) Dean Koontz. But that's not to say that his writing is terrible. He has amassed a huge fanbase over the years, and a lot of that stems from the success of The Da Vinci Code, a thriller that blended some fact with a whole lot of fiction in a way that intrigued readers and made them feel as if they were becoming a bit smarter while the plot became dumber and dumber. That kind of success is very easy to turn your nose up at (especially when you recognise the formula that Brown has used in almost every one of his books, and I have read, and enjoyed,  Deception Point, Digital Fortress, and three of his Langdon adventures, the ones that have so far been adapted into movies), but it also happens for a reason.  Brown knows how to thread together ludicrous plot points into something that is entertaining and thrilling.

You could say the same of director Ron Howard, who has been at the helm of numerous hit movies throughout his career. It's also easy to turn your nose up at many of his works, but they're often hugely popular for similar reasons. Howard is a pro when it comes to the technical side of things, and when it comes to crafting moments of cinematic emotional manipulation. Has he made any absolute classics? You can be the judge of that, but if he's not made one movie that you would always enjoy if you caught it randomly on the TV then I'd be very surprised.

So Howard directing the cinematic adaptation of the book that really made Dan Brown a household name was surely always a guarantee of a blockbuster hit. Put Tom Hanks in the role of Robert Langdon and what could possibly go wrong? Not much, actually, not much at all.

It's a simple enough premise, a straightforward journey complicated by numerous obstacles and twists. Langdon is called to a murder scene inside the Louvre, and that sets him on a quest to both clear his name and find the Holy Grail, which seems to have had its location hidden away in a number of coded messages over the years. Langdon is accompanied by Sophie Neveu (Audrey Tautou), and hopes to enlist the help of and old friend, Sir Leigh Teabing (Ian McKellen), as he tries to continue evading Captain Fache (Jean Reno), a self-flagellating albino monk named Silas (Paul Bettany), and others who are in hot pursuit.

Although Howard is in the big chair for this, a lot of the credit should be shared by everyone involved. This is a film that makes it clear just how much care and attention has gone into every department, from the props and design to the casting, and it's also got a gorgeous score by Hans Zimmer. Brown came up with the source material, but Akiva Goldsman does a superb job of making things more cinematic. The twists and turns are nicely handled, the exposition delivered in ways that don't let the film feel as if it has come grinding to a halt, and Hanks and Tautou are a winning pairing in the lead roles.

The supporting cast aren't half bad either. Reno works with an ambiguous character who may have an agenda of his own while he tracks our hero, McKellen has fun with a character who is oh-so-English that it's positively precious, and Bettany is an intriguing presence. Alfred Molina and Jürgen Prochnow also have good parts to play, with the latter involved in a set-piece that emphasises how silly some of the plotting can be, which doesn't necessarily make things any less fun.

It's very easy to mock and dismiss the Dan Brown books. It's also very easy to mock and dismiss the movies based on his books (and I know many complained at the time that Tautou seemed a bit wasted in her role, I think she remains a plus, thanks to her sheer screen presence). Maybe try to see how many positives there are, and simply accept the fact that being a crowd-pleasing work of art is almost always far removed from being the best work of art, but isn't any less worthy when it comes to having made people feel happy and entertained. 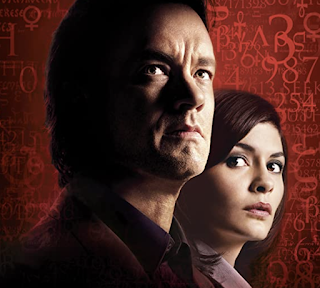