Greenwood plays Stephen Meek, a frontier guide who leads a wagon train through some arid countryside, taking everyone perilously close to a sticky end, due to the ongoing scarcity of food and water. Tensions grow when a Native American (Ron Rondeaux) is captured, with different members of the group trying different ways to get him to reveal information to them about the surrounding desert environment.

Directed by Kelly Reichardt, and written by her regular collaborator, Jonathan Raymond, Meek's Cutoff is an attempt to tell a very strange story from history in a way that allows for a different kind of Western. The end result is a mixed bag, a film that strives to avoid all of the moments that you’re used to seeing in the genre. That is no bad thing, not in and of itself, but the fact that it so defiantly gives viewers nothing recognisable also works against it. There’s no playfulness here, no major subversion, despite the exploration of the shifting power dynamic between Meek, the Native Smerican, and others in the group.

The cast all do good work, even if I thought Greenwood was Hawke (which is a compliment for this role, honest). Michelle Williams and Will Patton are the main couple who don’t immediately dance to the tune that Meek wants to play, which is probably well-advised as it becomes clear that he may not know as much as he claims to know. Shirley Henderson, Paul Dano, Zoe Kazan, and everyone else in the group does solid work, and Rondeaux is superbly stoic and ambiguous in his way of interacting with the others.

Do seek this out if you don’t mind a slow-paced film that features some top-notch actors giving superb, but unshowy, performances. But it is worth warning people who decide to check this out if they are after a revisionist Western. You could label it that way, but it is more simply classed as a historical drama that happens to take place in a location more commonly seen in Western movies, with people who sometimes look to settle disagreements with their guns. Sort of like a Western. 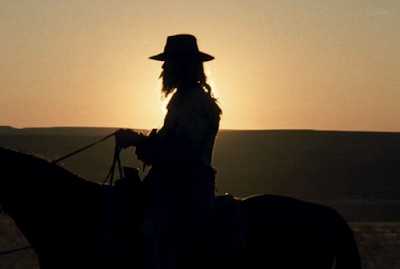