If you know the names Brett Pierce and Drew T. Pierce, AKA the Pierce brothers, then you may well, like me, have been impressed and amused by their zombie comedy movie, Deadheads. With The Wretched they show themselves more than capable of providing impressive and straightforward horror chills, although that's not to say that humour is entirely absent.

John-Paul Howard plays Ben, a young lad who is spending some holiday time with his father (Jamison Jones). He'll be working at the marina, brooding about the pending divorce of his parents, and resenting the new woman his father is becoming attached to (Sara, played by Azie Tesfai). He'll also start to form a friendship with Mallory (Piper Curda). And, complicating things slightly, he notices something very odd going on with a neighbour, Abbie (Zarah Mahler). Although it will take him time to find out the exact details, Abbie has been possessed by a witchy creature, one that has a habit of making children disappear and everyone else forget they ever existed.

Not only is The Wretched quite properly scary in places, it's also a lot of fun. Things do get intense at times, and there are moments that are very dark, but it's impossible to forget that you're watching something that's really just utilising some classic fairytale tropes. The core premise has a kid facing off against a child-snatching witch. Lighten things up slightly, and add at least one gingerbread house, and you can appeal to a much wider audience.

That's of no interest to the Pierce brothers though, and thank goodness for that. They keep things dark, but never unwatchable, they make great use of some impressive practical effects, and they keep the danger building towards a thrilling finale. Ben uses salt judiciously, won't just let anyone through the door if he suspects them of being a bit off, and generally doesn't do a bad job of trying to keep himself safe. But the odds are against him, especially as he tries to convince others of what he suspects.

Howard is a very good lead, and his teen misbehaves in those ways you can understand, especially if you have been in any kind of similar situation between parents. Jones and Tesfai are also both very good, but they fade into the background for a lot of the runtime. It's both Curda and Mahler who feel as if they spend more time onscreen, and the former gives that impression just because she shines in every one of her scenes. Mahler does a great line in being calm and terrifying, acting and talking in a way that shows she is assured of getting the result she wants.

Not only is this an excellent horror movie, it's an excellent horror movie that scares you while feeling impressively original. There are a number of touchstones that genre fans will recognise (from those fairytale elements to an enjoyable final reveal), but it impressively stands out from a lot of recent horror movies that, love or hate them, have often felt as if they stemmed from the same small pool of influences. Or were trying to emulate the success of some recent big hits. The Wretched deserves success, and you deserve to give it a watch. 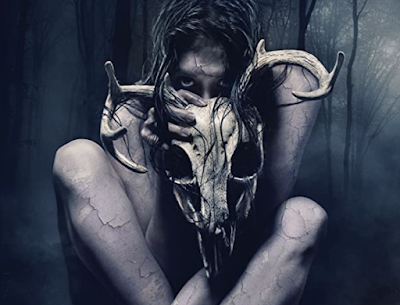