A strange psychological horror movie from Robert Altman, Images is a film that deserves to sit alongside the likes of Repulsion and Persona. It's well worth your time, and very much open to a number of different interpretations.

York plays Cathryn, a children's author who has suspicions about the behaviour of her husband (Hugh, played by René Auberjonois). The two of them head off for a little holiday to an isolated cottage in the countryside, but the isolation seems to cause Cathryn's mental health deteriorate further, as she starts to see people who may or may not really be there. The main figures who appear are Marcel (Hugh Millais), an ex-lover, and his young daughter, Susannah (Cathryn Harrison). As well as meeting, or not meeting, these figures, Cathryn ends up getting rid of them in a variety of ways, that also may or may not be real.

As Cathryn struggles to grip reality as tight as she needs to, and as characters transform into other characters, or change their personalities and intentions, Images quickly becomes a disorientating and difficult watch, for all the right reasons. It is, to me, one of the best cinematic portrayals of schizophrenia that I have seen (and would make a great double-bill with the excellent Patrick’s Day).

York is very strong in the lead role, a woman constantly frayed at the edges without falling into overcooked histrionics. Working in collaboration with Altman, everyone finds just the right approach to the material, with Auberjonois, Millais, and Harrison acting in a way that often stays oblivious to how tense York is. People often react in ways contrary to what you would expect, but that is all down to the fact that what is being shown isn’t always what is actually happening.

Altman may seem as if he is just piecing together various fragments, but things build to a definite climax, with Cathryn due to get better or worse as she battles against the visions causing her so much confusion. The ending is as impressive and powerful as it is ambiguous, given the “unreliable narrator”, and it is as the end credits roll that viewers can consider the full horror of what has just unfolded.

Some may view this as a masterpiece, and I wouldn’t argue too forcefully in opposition of that view, but I didn’t think of it as being at quite that level. I may, however, change my mind during any future viewings. And I certainly aim to rewatch it. 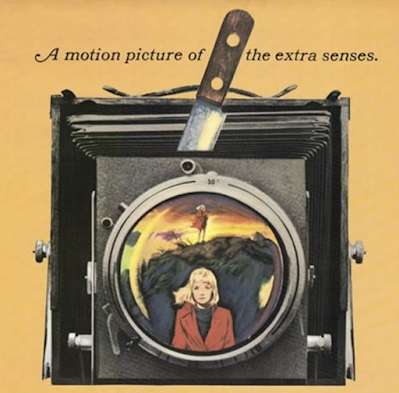