It can be quite difficult to review documentaries, many of them share very similar stylistic approaches and it is often better to go off on a tangent about the subject itself, as opposed to the film itself, but I think it is always worth making the effort occasionally, especially when one stands out from the crowd.

Stories We Tell definitely stands out, and it's also a harder one to review than most, largely thanks to the fact that this is very much a personal story that deserves to be presented exactly as you find it. I cannot just drop some details here, spoiling things for both viewers and director Sarah Polley (who also co-wrote the film with her father, Michael). This is a story about Polley, her family, and at least one big secret that eventually came to light. But it's more than that.

Adored as a bit of an indie movie darling, it's no surprise that Polley has come up with such an intimate, brutally honest, and densely-packed piece of work. Making use of standard talking head shots, interspersed with footage supposed to look like old home movies, Polley is interested in both the story she wants told and also the various ways in which people find themselves inextricably linked within it.

You can find many other documentaries that tell a riveting tale, and a number of those will have at least one big revelatory moment, but there are very few documentaries that are as interested in how different people look back on events differently, considering their own memories and the emotional connections they have. This runs throughout Stories We Tell for most of the runtime, but is really brought to the fore in the second half. Taking advantage of her very pivotal role in the central story, Polley manages to get everyone involved that she thinks can contribute a viewpoint, and edits them together to show some shared commonalities and some very opposing perspectives. It's like some kaleidoscope that is turned round and round until you see the image clearly once, only for it to be scattered into eye-boggling refracted chaos in the next few seconds.

You may not like the approach taken by Polley. You may be slightly taken aback by the candid way in which people discuss some very personal details. You might even wonder how everyone can remain so calm as more and more of the central story becomes clear. I would argue that those reactions say more about yourself, and about so many of us in our society. We're not used to being so open, even with our closest loved ones. We're not used to considering other viewpoints, certainly in these increasingly divisive times. And we're not used to being able to accept that we can love someone AND admit that they were capable of making some mistakes, or just being flawed, or a little bit imperfect. 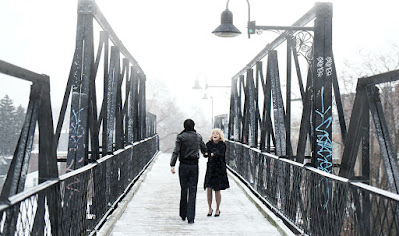