There are a number of elements within Kindred Spirits that seem a bit strange, but not really in a bad way. First, Thora Birch is now cast as a mother character. Second, director Lucky McKee and writer Chris Siverston have fully committed to something that feels like it could have easily been released in the late '80s to mid-'90s amongst the likes of Poison Ivy, Single White Female, and numerous other movies focusing on someone who is an entertainingly demented psychopath.

Birch plays Chloe, mother to Nichole (Sasha Frolova). Their relationship isn't exactly all sunshine and roses, but that may improve when Chloe's sister, Sadie (Caitlin Stasey), appears on the scene. Sadie wants a chance to regroup and maybe restart her life. And she ends up being more like a sister to Nichole than an aunt. Meanwhile, Chloe is also trying to keep her relationship with Alex (Macon Blair) a secret. And not just because Alex is the father of Nichole's best friend, Shay (Shonagh Smith). Tension is simmering away, and it eventually rises right up to the surface again, leading to some startling revelations and a number of deaths.

As long as you know the type of film you're getting then there's very little chance that Kindred Spirits should disappoint you. And if you don't know what you're getting into before the movie starts, fear not, McKee and Siverston do a great job of setting everything up to ease viewers along a path that soon becomes a slippery slope towards unbridled insanity.

All of the cast play it straight, and fill their roles well. Birch may still look too young to be a mother, even if she is the right age nowadays, but her attempts to deal with her daughter will ring true with any parent who has gone through some difficult times. Frolova, for her part, manages to be an unhappy teen without ever becoming too annoying. Stasey is a lot of fun in her role, even when the plot starts to twist and change, and Blair is a very nice everyman, a sweet potential partner for Birch, despite her trying to keep some distance between them. Smith and Isai Torres also do good work, with the latter playing Nichole's boyfriend, Derek, and having to take part in what I would happily call the silliest scenes in the movie.

Although I am not going to rate this as anything unmissable, I'm taking pains to emphasise just how good it is for what it is aiming to do. More than that, it does everything in a way that is admirably free of the need to be coy, or wink at viewers in a self-aware display of "yes, this is trashy nonsense, everyone can roll their eyes and smile while they enjoy it ironically" deflection. Siverston and McKee know what they're doing, no doubt about that, and they also know that this material wouldn't work as well if it was given the kind of meta layering that so many horror movies now think they have to contain.

If you want some self-aware horror then pick from the hundreds around. If you want an entertaining thriller played completely straight, and with a real crescendo in the third act, then this is for you. 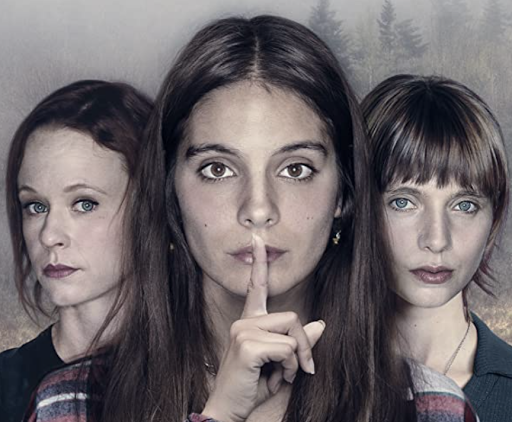