The fact that I got to this point in my life without having seen You Got Served is bewildering, especially when you consider that I have seen all of the Step Up movies (I love them), many of the Bring It On movies, Drumline, and even Dance Flick (which is mostly inspired by this, but follows such a well-known formula that I'd argue you could already predict most of the gags if you have seen even one of the other films mentioned). Anyway, we're here now. I am all up to date.

David (Played by Omanri Grandberry AKA Omarion) and Elgion (Marques Houston) are the two young men who lead the hottest dance crew in the busy world of dance battles. They don't think there's any threat when they are challenged to a battle for a hefty amount of cash by a rich white dude named Wade (Christopher Jones, looking very much like the douchiest white dude to ever breathe outside of an Oddspring music video). Things don't go according to plan, unfortunately, and the crew get served. So it's up to the crew to endure as they aim to take their turn of doing the serving. Things get complicated by the fact that David is injured while running an errand for a local gangster, on his own because Elgin is making googly-eyes at his sister, Liyah (Jennifer Freeman).

You Got Served is certainly worth a watch, especially if you are as interested in dance movies as I am (from Fred Astaire to Gene Kelly, to all of those . . . Step Uppers, I just love watching people dance like nobody is watching in a way that guarantees everyone will watch). It's just a shame that it is overshadowed by so many of the films that came after it, for a number of reasons.

First up, sorry to say, the leads aren't very good. They're not awful, and they show some good dance moves (importantly), but they don't have the instant likability that would help a film like this. Pushing aside the guys, Freeman is a great presence, but her character is the one who causes friction, undermining her easy warmth and sweetness. Jones does a great villain turn, and could easily have been a NPC in some arcade dance game. Steve Harvey is fun as Mr. Rad, the man who referees a lot of the dance battles, and tries to keep things civil, and you get a third act cameo from Li'l Kim allowing her to show how compassionate and cool she is (not sure how much I should underline that as sarcasm, which may or may not be fair).

Written and directed by Chris Stokes, who did another couple of dance movies after this, and has built up an eclectic filmography over the past couple of decades, the other main reasons for this film not being as good as it should be rest with him. The script sets up some problems for the leads, but then decides to let them off the hook relatively easily, which undermines the core message about these young adults using their dance skills to pave the way to a new life. There IS that message still there, but it's weakened when we're told that there's a lot less at stake for the big final number. There's also a real mess in the back half of the film, with poor editing and plotting making it slightly confusing as you just sit back and wait for the inevitable rematch that will make up the final battle.

Worst of all, the dancing isn't showcased as well as it could be. The dance moves seem pretty great, and there are some huge moves pulled out of the bag when most needed, but things are undone by, yet again, poor editing (going to namecheck Earl Watson here) and a script that doesn't think to plot things out with some better stepping stones, decent build-up, or any sense of victories and losses being fully earned. 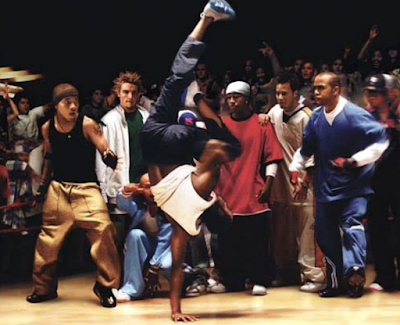