Although it brings nothing very original to the table, Concrete Plans is an enjoyable thriller that puts people into a bad situation and slowly makes things worse and worse until it is time for the end credits to roll. The script isn't bad, and the cast all help to lift it slightly.

A group of workmen are hired to renovate an old farmhouse, not knowing that the posh owner who hired them (Simon, played by Kevin Guthrie) is having some major financial issues. He keeps doing all he can to delay making any payments, which is no good for the foreman/boss, Bob (Steve Speirs), and leads to him being badgered about it by his increasingly-wary workers. The group is made up of Dave (William Thomas), the old hand, bratty young Steve (Charley Palmer Rothwell), Jim (Chris Reilly), and hard-working Viktor (Goran Bogdan). As storm clouds start to gather, it soon becomes clear that at least one of the men will push things further and further to ensure they get the money due to them.

Trying to balance everything out, and not with complete success, Concrete Plans has a group of central characters it is often hard to like, making it potentially more satisfying when everything starts to go wrong. Viktor seems like a nice guy, Bob too, and Dave has been in the game long enough to know that causing a fuss might lead to you not being picked for future jobs (although paying someone for their work is a pretty basic civility). Steve is a twat, there's no better word for him (okay, maybe brat, but a brat is just a twat with added childishness and energy), and Jim has, we discover, lied his way on to the job. Then there's Simon, the worst kind of toff, someone who feels entitled to shout at others, and try to boss them around, even when he's not actually in any position to be giving orders.

Writer-director Will Jewell, making his feature debut (I'm not counting This Time Next Year, a 2011 film that only runs to an hour), handles everything well enough, and puts all of the pieces in place nicely for a third act that delivers some nastiness and a number of twists and turns. It's a shame that the execution of the material leaves it slightly lacking the full impact it should have (Jewell dilutes the strength of things by having one or two moments happen offscreen, or he presents them in a way that allows you an extra moment to see things one step ahead of the characters), but the overall end result is still good enough to make this worth your time.

I mentioned that the cast all help to lift the material, and that is true, although some are more restricted than others. Some of the less likeable characters are made even worse to make the third act more tense and satisfying, which leaves both Guthrie and Rothwell stuck in their respective “horrible shit” pigeonholes. Reilly is riveting though, and all of the relatively good characters are excellent, even with the moral ambiguity (to put it diplomatically). There are also good turns from Amber Rose Evah (as Amy, Simon’s girlfriend) and James Lance (Richard, a slippery financial advisor).

Probably not a film destined to be remembered as a classic, or one you will turn to for numerous rewatches, this at least provides an enjoyably tense distraction for about ninety minutes, and at least shows Jewell as a writer-director who takes good care of his material when getting it from script to screen. 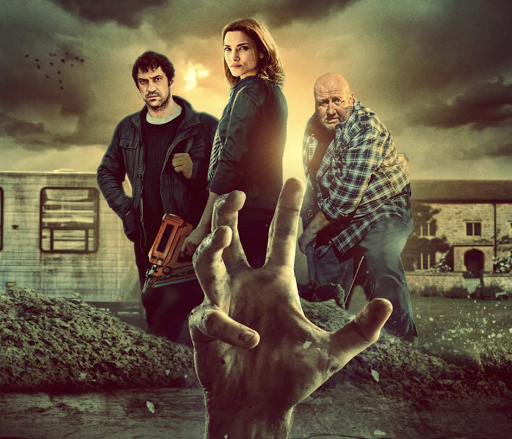