If you haven't seen When A Stranger Calls in many years then you should do yourself a favour and rewatch it. It's not the film you remember it being. Well, that's not quite true. The first 20 minutes or so are exactly the film you remember it being, but then you have over an hour that explores three very different characters and how they are joined together on their journey through life.

Carol Kane plays Jill, the young babysitter who is terrorised by a mystery caller while she is babysitting two children. All he keeps asking is "have you checked the children?" and Kane becomes so unnerved that she calls the police, who do their best to reassure her while eventually attempting to trace the origin of the call. As tension builds and nerves are shredded, this extended set-piece eventually ends before viewers are taken seven years into the future. Curt Duncan (the caller/killer, played by Tony Beckley) has escaped from a psychiatric facility, a private eye named Clifford (Charles Durning) has been hired to track him down, and Jill is now a married mother of her own two children.

Directed by Fred Walton, who also co-wrote the screenplay with Steve Feke (expanding their short, "THe Sitter"), When A Stranger Calls is an interesting psychological horror, for the most part, that fortunately came along before the main wave of slashers that would take over the horror genre for most of the first half of the 1980s. More akin to films like Maniac and Don't Go In The House, this tries to separate itself from a crowded field by showing not only the actions of the killer, but also the effects on others who have crossed paths with him, be it a surviving victim or a determined ex-cop, and it does a great job of both providing some tension and thrills and also exploring how major trauma can reverberate through lives that have been shattered in different ways.

Kane is very good as Jill, although she's more convincing as the vulnerable babysitter at the start of the movie than as the woman shown in the third act. Durning is an excellent unstoppable force, a man now determined to stop a killer in a way that will guarantee he never gets to cause harm to anyone ever again. Then you have Beckley, who lends his character an awkwardness and a disconnect that makes him scarier than so many other, more physically intimidating, killers. Although there are other people giving decent performances here, it's the central trio of Kane, Beckley, and Durning that remains the focus of the thing.

The look and feel of the film may not be very cinematic, it often feels like a very well done TV movie, but the script elevates this into a bit of a minor classic (with that opening sequence so impressive that it has been reworked and homaged many times since, most famously for the opening of Scream). Neither Walton nor Feke would deliver anything else close to this in their film careers, but this alone should have been enough to have their names more celebrated than they are today. 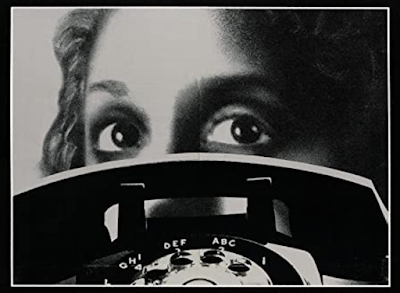