Some traditional “hillbilly horror” shenanigans, Just Before Dawn puts a bunch of characters in the middle of nowhere, has them being targeted by some uncivilised people who seem to live in the woods, and sets up some set-pieces that have people killed off while the survivors slowly realise that they are now being hunted.
Directed by Jeff Lieberman, who also wrote the screenplay with Mark Arywitz, fleshing out a concept by Jonas Middleton, Just Before Dawn isn't a bad example of this type of thing. It has everything in place that you'd expect, from the characters all peeling off from the crowd to be isolated and easier to kill to a small twist when the main killers are revealed. It has killers who are very basic in their killing methods, and oblivious "city folk" who don't have any idea of the kind of danger they're putting themselves in.
Unfortunately, it's not half as mean as it could be. Considering the slasher movies of the era, as well as the brutality of films that preceded it (such as Deliverance and The Hills Have Eyes), this is a disappointingly tame affair that doesn't even decide to wallow in some of the pain and bloodshed. It doesn't even make you feel properly uncomfortable as certain characters act in some way that you know is just for the benefit of luring in another victim.
The cast doesn't help, with nobody really standing out for the right reasons. Gregg Henry and Deborah Benson are Warren and Constance, who may or may not be selected to survive until the end credits roll, and Chris Lemmon and Jamie Rose play Jonathan and Megan, two characters who we sense are more ill-fated than the others once they go skinny dipping. Ralph Seymour is Daniel, who gets to do very little before things turn dangerous for him, and Mike Kellin is Ty, the character warning people that he has witnessed a gruesome murder, but is also rambling and drunk. Then you have George Kennedy, playing a forest ranger named Roy McLean. Kennedy is a welcome presence onscreen, despite making a lot of dubious film choices throughout the 1970s and '80s, but his character comes perilously close to being a deus ex machina when he becomes more involved in the unfolding events.
It's a shame that this doesn't do any more than the bare minimum throughout, from the kills to the audio work, because the bare minimum is done well enough, and presents what viewers of this particular sub-genre have come to expect. There's no more here though, and it's odd to see that this is a film with a reputation that has grown over the past few decades. It's competent, which is never the word I want to end a movie review on, but here we are. Just Before Dawn - completely competent.
5/10
If you have enjoyed this, or any other, review on the blog then do consider the following ways to show your appreciation. A subscription/follow costs nothing.
It also costs nothing to like/subscribe to the YouTube channel attached to the podcast I am part of - https://www.youtube.com/channel/UCErkxBO0xds5qd_rhjFgDmA
Or you may have a couple of quid to throw at me, in Ko-fi form - https://ko-fi.com/kevinmatthews 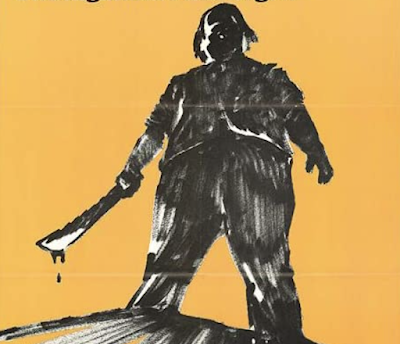