An interesting horror movie that tries to present something a bit different, and manages to weave in a strong bit of social commentary in the midst of the standard thrills and chills, No One Gets Out Alive is a decent directorial feature debut from Santiago Menghini, who has honed his craft over the past few years crafting numerous shorts. It doesn't ever really click everything into place though, which seems to stem from the script, by Jon Croker and Fernanda Coppel, and may well stem from the novel, by Adam Nevill, that they were adapting.

Cristina Rodlo plays Ambar, a young woman looking to settle in America and make a decent life for herself after a lot of time spent caring for her sick, now-deceased, mother. Ambar starts working in a tough job, trying to get enough money together for a decent fake ID that she needs for a better job, and she puts down a deposit for a room in a boarding house that seems to mainly contain young women like herself. The landlord, Red (Marc Menchaca), doesn't forewarn anyone staying in the building that there's something a little off, to say the least, with his brother, Becker (David Figlioli), and Ambar finds out just how bad her situation is when she is no longer able to break free from the building.

Nicely shot throughout, and with a steady pacing that spaces out the chills without ever leaving viewers hanging for too long, it is easier to praise No One Gets Out Alive than it is to criticise it. But the bad eventually outweighs the good, particularly in a final act that seems to throw in too many elements without a satisfying explanation for any of them. I may have missed a small detail here or there, I’m far from infallible, but I think that everyone involved was so busy enjoying their thematic weaving and the set-pieces that they figured it would be better not to over-explain things. They’re right, to a degree, but a couple of important details added would have improved my own experience with the whole thing.

Rodlo is a good lead, a strong young woman in a very vulnerable position, and both Menchaca and Figlioli are convincingly intimidating. Moronke Akinola does well in a small, but key, role, and David Barrera is, well, he’s present for a few scenes (no comment on his performance, his character just feels a bit extraneous).

Maybe a bit bloodless for some viewers, and certainly uneven in the choices it makes to add tension at certain points, No One Gets Out Alive is made with good intentions and no small amount of skill. It’s a solid thriller movie, edged into the horror genre by a few main plot beats, and it is worth your time. It just falls short of being great. 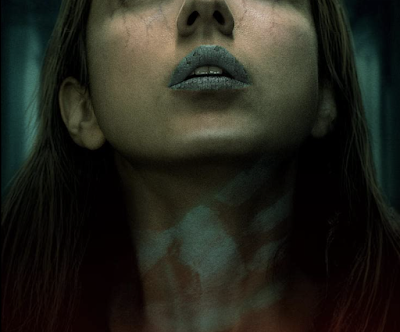