Directed by Marc Evans, My Little Eye is an oft-forgotten horror movie that holds up surprisingly well today, and could be argued as one of the better “found footage” films of the past two decades.

The plot is simple enough. Five individuals are selected for a competition. If they all stay in an isolated house for six months then they get a big cash prize. But if one person leaves then nobody gets anything. As time creeps towards the end date, things start to happen that freak out the contestants. Are they being toyed with by someone who has stalked them to their location, or is it the company running the competition trying to get someone to leave, and therefore saving them a lot of money?

The house has cameras everywhere, with the easy explanation being that the house occupants also have their lives broadcast over the internet for the duration of their stay, and that provides the “found footage” style, as if certain shots are being selected by someone watching the events unfold through a website. It doesn’t stay true to that format, but even editing choices and effects can be explained by the idea of someone working on the shots before presenting it to the website subscribers.

Each character onscreen is eventually able to stand out from the others, and the cast works perfectly. Sean Cw Johnson is Matt, a sort of sensitive Jock type, Stephen O’Reilly is the potentially mentally fragile Danny, Laura Regan is a young woman, Emma, with a history that she worries may end up catching up to her, Jennifer Sky is the fame-seeking Charlie, and Kris Lemche is the smart and sardonic Rex. The group dynamic shifts and changes believably enough, and there is always a good enough reason for those potentially in peril to try riding things out until the proper end is in sight.

The script, by David Hilton and James Watkins, does a great job of creeping further and further away from the initial “Big Brother” premise to something much more sinister, bringing in an extra character (played by Bradley Cooper) at just the right time and turning the screws tighter and tighter in the third act.

Some viewers may have issues with the pacing and the style of the film, but it really doesn’t do much wrong for what is being presented. Evans may not have many features to his credit, spending more time on TV work (although a number of those are TV movies), but he shows major talent here and I wish he would dive fully back into the horror genre one day. 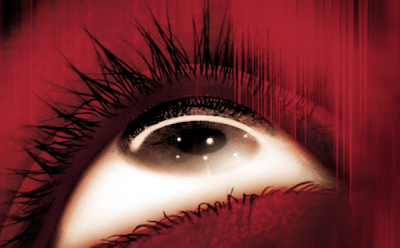