Moving away from the storyline explored in the first two movies, Turner Clay extends his movie series with a visit to a house that once contained a serial killer, James Lightfoot. It’s all to do with a woman that he has been seeing in his dreams, a woman who was a victim of the killer, and Clay believes he is now more than prepared to try and contact any restless spirit.

It’s quite hard to imagine writing a full review for each instalment in this movie series (and I have now seen four of them in total) because a lot of the basic elements are actually the same, usually with one main gimmick added (here it is small wooden tiles with letters printed on them). Credit where credit is due, however, Clay definitely manages to subtly escalate events on a journey that manages to both look amateurish and half-baked and also very well planned.

There’s more activity happening here, more obvious signs of something being in the house with our lead, but it’s not at all ridiculous. Once again, the most implausible part of this movie is how long Clay sticks around after things start getting very scary. You would not catch me being so brave. Then again, the motivation that Clay has is twofold, with the way he wants to document events and his burning curiosity for what he views as a good mystery.

As the one main character onscreen for most of the runtime, Clay continues to be good company. His reactions are believable, his acting convinced throughout, and the documentary format allows viewers to watch something that we know has been deliberately crafted with music and a created narrative. If you actually believe in ghosts then this series could easily pass itself off as being absolutely real.

Those interested in the history being explored in the first two movies may be annoyed by the sudden new direction, which is continued in the next film, but I keep thinking that Clay will eventually bring things back to what started it all. This particular instalment may not add much to his overarching storyline (of there IS an overarching storyline), but it’s another solid bit of spookiness that gets in and gets the job done at just over 70 minutes. Which makes it a very easy viewing choice. 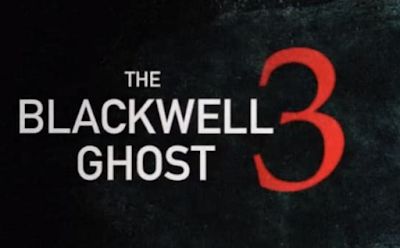