Having delivered a wide variety of movies over the past four or five decades, writer-director Dick Maas is someone who certainly likes to create stories around high concepts. He's done a killer lift movie, which he also remade into one of my favourite "bad" movies (Down), Amsterdamned is a late eighties slasher set amongst the canals of Amsterdam, Sint shows a bad side of St. Nicholas, and here we have Prey, a film all about a large lion that has decided to pad around Amsterdam and eat some of the citizens.

The plot to this one is covered in that last sentence. Seriously. That's it. Sophie van Winden plays Lizzy, an expert called in to help the investigation. Mark Frost is a wheelchair-bound hunter who may be able to help. And there are some other people who are on hand to try trapping the dangerous big cat. This isn't a film about anything else though. In the way that Mark Kermode argues that Jaws is not about the shark, Prey is about nothing more than the man-eating lion. And, also unlike that classic shark movie, Maas isn't ever really coy about showing the central creature, not after a decent bit of teasing for most of the first act. That doesn't mean that the special effects stand up to such exposure.

First of all, it is worth noting that the only version of this I could find to watch was dubbed. Unless it is an animated movie or a martial arts movie from the ‘60s, ‘70s or ‘80s, dubbing is never the way I like to watch any non-English movies. It definitely works against Prey, with no characters able to deliver any emotion or nuance in their vocal deliveries, but that wouldn’t be so harmful to the film if the rest of it was consistently silly and entertaining.

It’s certainly silly, but it’s never as entertaining as it could be. The opening third of the movie, where the main characters are a few more steps behind the lion, which we see taking down prey with a mix of audio cues and sudden sprays of blood, ends up being the best part. A chase that shows a food delivery driver being hunted marks the end of that particularly fun portion of the film, to me, and shows the lion in all its glory, but also shows up the imperfect fakery of it.

Van Winden isn’t a bad lead, and she does an admirable job of trying to sell the terrible dialogue and character interactions. Frost gets to barge into the film and be a much bigger personality than anyone else onscreen, which makes him a welcome presence. Julian Looman is the third main character, and he’s one of those people who ends up with a much better fate than he deserves.

Maas certainly tries to have fun with the core idea, and that’s clear in a couple of main set-pieces, but he doesn’t have enough fuel in the tank to get much further than the halfway point. The third act, which should be tense and fun and more entertaining, is just surprisingly dull. Although there’s a final few minutes before the end credits roll that are better than anything else in the entire second half.

Not unwatchable, and I can imagine it being much better in a subtitled version, but Prey is a lot less simple fun than I expected it to be. And I can be very easily pleased.

If you enjoy this, or any other, review on the blog then do consider the following ways to show your appreciation. A subscription/follow costs nothing.
It also costs nothing to like/subscribe to the YouTube channel attached to the podcast I am part of - https://www.youtube.com/channel/UCErkxBO0xds5qd_rhjFgDmA
Or you may have a couple of quid to throw at me, in Ko-fi form - https://ko-fi.com/kevinmatthews 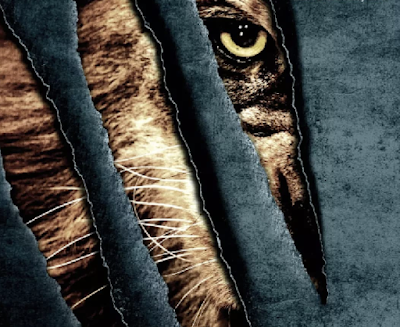