Writer-director Bob Kelljan doesn't have too many movies to his credit. That's a shame, considering how good this one is. He also did the sequel, which I will be checking out soon, and the enjoyable, if inferior to the first, Scream, Blacula, Scream.

Robert Quarry plays Count Yorga, a mysterious and debonaire man who has moved to America from Bulgaria. Ingratiating himself with some locals, the Count also professes to have a talent for mediumship. This makes him interesting to Donna (Donna Anders), a young woman who would like to contact her dead mother. Things don't go according to plan for Donna, but maybe they do for Count Yorga, who starts to munch his way through her friends. He starts with Paul (Michael Murphy) and Erica (Judy Lang), attacking them when they get stuck in some mud after dropping him off back at his home, but looks forward to killing, or feeding off, all of them. Dr. James Hayes (Roger Perry) might be able to save them, or some of them. He's at least willing to eventually acknowledge that the problem could be vampirism.

Although there are one or two mis-steps here, including some narration from George Macready that unnecessarily sets up some of the rules of vampire lore, Count Yorga, Vampire is a bit of a minor classic in the crowded vampire movie sub-genre. It feels very much like a film poised between the traditional cinematic vampires of the past, many of whom were beautiful creatures until the fangs were bared, and the films that were more overtly exploring the sexual and sensual intimacy of mesmerising people and converting them with a bite on the neck. There are moments here that impress with their strange creepiness, be it a woman trying to drain blood from a kitten or a third act that mixes the usual vampire brides with moments of the head vampire toying with his prey.

Quarry is superb in the main role, as smooth and polite as expected when maintaining his air of civility, yet all too able to despatch his victims with all of the cool dispassion of someone prepping a microwavable ready meal. His casting is a major coup for Kelljan, who repays his lead with a script that serves him up a number of individual fantastic scenes, not least of which occurs when a group of people visit the Count at his home, trying to find some clue about the whereabouts of missing people while Yorga plays the perfect host. Perry is decent enough in his role, playing a character with enough courage to make up for the fact that he may be woefully unprepared to tackle the full reality of the situation, and Anders is very good as the woman manipulated by promise of being able to communicate with her dead mother. Edward Walsh is fun to watch as Brudah, a memorable manservant to the Count, and everyone else, from Murphy and Lang to Edward Walsh, Julie Conners, Paul Hansen, Sybil Scotford, and Marsha Jordan, puts in solid work.

HIGHLY recommended, especially to vampire movie fans (obviously), I'd even be tempted to put Count Yorga, Vampire up there with the very best of them. It's a contender for a place on any Top 10 list. Top 20, at the very least. If you have also been sleeping on this one for years, as I did, then change that as soon as possible. You won't regret it. 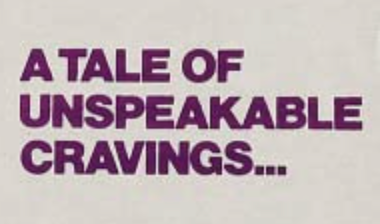