Between the late ‘90s and early 2000s, a lot of movies limped through to VHS as DVD was taking over as the main home entertainment format of choice. They were, to make an obvious point, basically the last of the straight to video titles that you might check out in the hope of occasionally finding a real gem. Those titles then started being released on DVD, and appeared on the shelves in your local supermarket, and now you can only really find them if you search through the weekly selection of films released directly to streaming platforms. It’s a lot harder to find the hidden treasure, but it is a lot easier to avoid the trash.

Route 666 is a 2001 film that I discovered on VHS when it was first released. Let’s just say that, well, it’s not a treasure.

Lou Diamond Phillips is Jack La Roca, an agent who is determined to track down a federal witness, who prefers to go by the name of Rabbit (Steven Williams), and transport him to where he needs to be by the next day. And that is why he and the team working under him (including characters played by Lori Petty and Dale Midkiff) end up taking a section of backroad that isn’t supposed to be used by travellers. It’s not long before some evil zombies appear, members of a chain gang who died on that road many years ago.

Director William Wesley, who also co-wrote the screenplay with Scott Fivelson and Thomas Weber, takes a decent premise and sadly mishandles what could have been fun material. There’s a lot wrong here, but the biggest flaw is perhaps just the fact that this film was released in 2001. Despite the weak dialogue here, everything would have been more enjoyable if it had been made a decade or so previously, with everyone leaning harder into the cheesy lines and the practical effects given a chance to shine. It would have also given an aura of star power to Phillips that is missing here, because it now feels like he’s taken on this job while not being inundated with film offers.

Not that Phillips is terrible, but he isn’t great. He knows what he is working with, but he doesn’t ever quite find the right approach to it. Neither do many of the other cast members, including Petty. Midkiff knows what he’s doing, and has fun in his role, and Williams does his best in a role that allows him to steal pretty much every scene he’s in. The other cast member worth mentioning is L. Q. Jones as a Sheriff who may know exactly why people shouldn’t be driving along “route 666”.

But everybody suffers from the choices made in the presentation, from the disappointing lack of good gore gags (and the opportunities were there for some great moments) to the choppy editing and slow-motion used every time the deadly zombies make their entrance. The connections between certain characters are laughable, the “rules” that limit the actions of the zombies aren’t utilised well, and Wesley constantly fails to get just the right tone.

But this was a rewatch, and I cannot promise I won’t ever watch it again. More because of the memories I have of checking it out on VHS back when it was first released than the quality of the film itself. 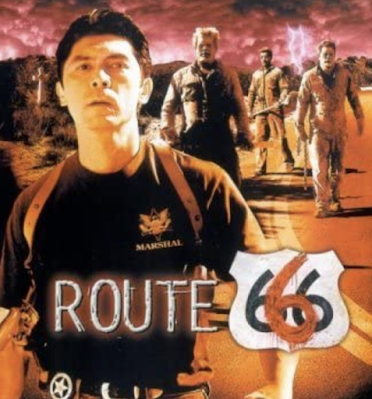