Here's that rare beast, a film so irritatingly lazy and awful that I don't even want to waste time by trying to summarise the plot. So allow me to share with you how it is detailed on IMDb - "Notorious cult The Lords of Samhain resurrect long dead serial killer Halloween Jack and all hell breaks loose in the town of Dunwich." Trust me when I tell you that the film isn't as good as that summary may suggest.

Written and directed by the prolific Andrew Jones (who also gave us Robert and Cabin 28, to name the two other films from him that I have inadvertently endured), this is one of many cheap horror movies that seem to be cropping up with tiresome regularity nowadays. Arguably in line with the kind of stuff that would go straight to video about 15-20 years ago, although that's quite insulting to some of the fine movies I have discovered in that format, this is something that feels designed simply to sucker people in. The clues were there as soon as, if not before, I pressed play.

First of all, the title is clearly tempting to those seeking a horror movie when they want to cram in some more genre fare throughout the month of October. Anything with Halloween in the title will get people mildly interested. Halloween Jack? Jack-o-lanterns may be involved, or there may be references to Jack Skellington. Not at all. It's simply a name based on familiar terms that will fool casual browsers.

Second, the town of Dunwich seems to be based in the UK. Which would make the events of the film set in the UK. But there are a number of little touches, and wobbly accents, that make you think that Jones wanted to have the film set in America. Maybe that was in the early stages of the script, before the budget ensured that there wouldn't be money to dress and detail everything to make it convincingly American. Maybe Jones couldn't make up his mind. Or maybe he just didn't care about anything like continuity or in-world logic, or the possibility of helping viewers to enjoy their viewing experience.

Third, there are many scenes without any real sense of location. Shots are either tight and keeping focus away from anything in the background that shouldn't be there or they are able to show off a more general and nondescript bigger space when the lighting is kept low and no recognisable landmarks are looming over the actors. This happens often in low-budget/independent movies, but there are ways to make it a lot less noticeable.

As for the actors, it would be too easy, and a bit rude, to single out those who don't do a very good job. I'm only going to mention two people here. Tiffany Ceri was okay, despite the horribly weak script (and it is HORRIBLY weak, but full of dialogue exchanges that Jones either thinks highly of or assumes will further pad out the runtime). Peter Cosgrove is also worth mentioning, playing Duke Tanner. Unfortunately, his character is one of the most annoying I can think of in the horror genre. He's supposed to be the grizzled veteran who knows the danger that everyone is in, and he has an awful fake American accent throughout, but he's asked to deliver every line in a stilted and breathy manner. That wouldn't have been quite so bad if we weren't stuck listening to him for almost a full ten minutes in the final act of the film, a stretch of time that brings everything to an absolute halt while Cosgrove's character delivers all of the exposition that could have been drip-fed elsewhere throughout the slim runtime.

I don't like to review movies without offering some constructive criticism, but there are a few occasions when there isn't anything to say that can sweeten the bitter pill being administered. The score is sometimes alright, I guess, and that is genuinely the only positive I can remember from a film I am already trying to wipe from my memory. Oh, the main character design wasn't actually that bad, to be fair. Nothing else worked, from the dialogue to the performances, from the camerawork to the disappointing death scenes. 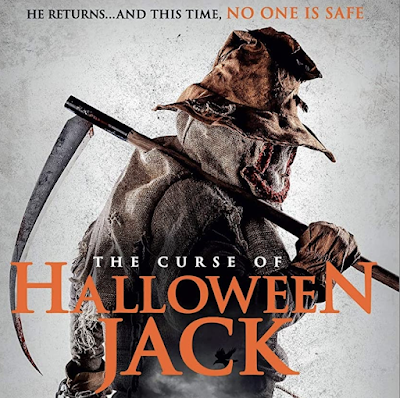