The idea of pregnancy has been used often throughout cinema. It leads to life, of course, but that life is preceded by months of a woman struggling to take care of two, or more, individuals in the same body. There’s vulnerability inherent in being pregnant, and that makes it crop up quite often in thrillers and horror movies that can become more uncomfortable than most other genre plot devices. Just ask anyone how highly they rate Rosemary's Baby.

Shelley begins in a very low-key way, being all about a young woman, Elena, hired to help in the household of an older couple. As a bit of time passes, and the trio grow closer, Elena agrees to become a surrogate mother, helping the couple realise a dream. And that is when, ever so subtly at first, things start to turn stranger. Darker. Elena isn’t sure of exactly what is inside her.

The main couple here are played by Ellen Dorrit Peterson and Peter Christofferson, playing Louise and Kasper. They're not necessarily bad people, certainly not obviously and overtly bad anyway, and Peterson and Christofferson play their parts perfectly, developing a bond with Stratan's character that wobbles between interested employers and good friends who really care. Stratan herself is also very good in her role, a standard helper who gets herself into a bit of a sticky situation with a mix of naïveté and a real willingness to do something very good for other people. The other main character is Leo, played by Björn Andrésen, and it's another performance that works exactly as director Ali Abbasi needs it to. Andrésen is an interesting presence, lending no small amount of magnetism to a portrayal of someone who might be a bit of an angel, devil, or both.

Abbasi, who also came up with the main idea that was then turned into a full screenplay by Maren Louise Käehne, manages to build a sense of unease throughout his feature debut. He also, perhaps more impressively, manages to maintain a sense of ambiguity throughout the film, arguably all the way up to an ending that can be interpreted in a number of different ways. It's not a perfect film, with the main problem being the glacial pace that may put many viewers off, but it's an interesting and rewarding experience for those patient enough. And if you enjoy this then you can move on to Border, the next, and even better, film from Abassi.

It's missing something, one extra big shock or plot development, but Shelley is a worthwhile drama that creeps into horror territory for its second half. Although both Abbasi and Käehne do well, and although the technical side of things maintains a consistent level of quality throughout, it's the performances that ensure everything rises above average. Give it a watch if you're in the mood for something classed as horror that is removed from the more common genre clichés. 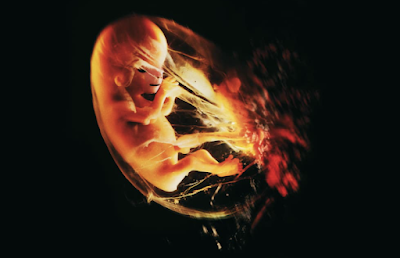