I enjoyed Escape Room. I also enjoyed Escape Room. And I will enjoy any number of films that feature escape rooms at the heart of their plot, as I have said before. It’s a cool concept, and the films often allow you to expect some gory death moments while “playing along” with the main characters.

The plot to this is very simple. After the events of the first film, Zoey (Taylor Russell) and Ben (Logan Miller) set out to find the creators of the dangerous game they were caught up in. They want justice to be served. That ends up with them dragged into more escape rooms, this time alongside other survivors (hence the title). An underground train, a bank, a seaside shack, and even a scene that looks like any number of NYC streets are all scenes full of puzzles they have to solve before the timer runs out.

There are a lot of people who worked together this time around to get the screenplay done, so I will just mention the returning Maria Melnik. While it may seem like far more bodies than necessary, every individual scenario is enjoyably intricate in the slotting together of the puzzle pieces so I cannot complain about more brainpower being used to focus on the fun extended set-pieces.

Director Adam Robitel is back in the big chair, and he sticks with the approach that served him well enough in the first film. Show the room, let the camera pick up small details, hone in on different clues as the players agonise over their next move. You get secret switches, deadly lasers, electric shocks, “quicksand”, acid raining down, and much more, and Robitel almost always shows a small effect of these elements before preparing for at least one major death.

Although the focus is always on the rooms themselves, both Russell and Miller acquit themselves admirably enough in their roles. Holland Roden, Indya Moore, Thomas Cocquerel, and Carlito Olivero also do fine, although it’s Roden standing out from the other players. Then you have scenes featuring Isabelle Fuhrman and James Frain that attempt to frame the whole story in a way that is pretty unnecessary. Look, I appreciate trying to show that there actually is someone creating these puzzles, but the logic of the movie has already asked me to switch off my brain and not overthink it, considering just how much money and resources would be needed for each scenario, so shoehorning in some backstory at this point does more harm than good.

As expected, this wasn’t quite as good as the first film. It’s not bad though, and certainly not bad enough to dissuade me from watching any other movies that use the idea, or even the same title. They may not be amazing, or stuffed with surprises, but they are enjoyably unpretentious and entertaining. 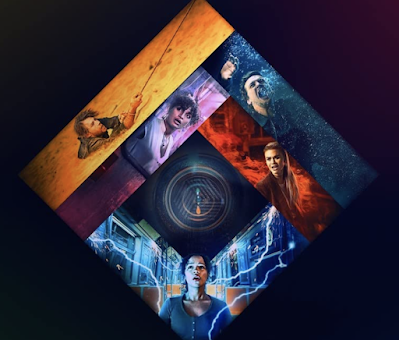