Thinking back on it, I MAY have been a bit harsh on The Blackwell Ghost when I finally checked it out. My main problem with it was the fact that it was stuck in a middle ground, authentic in the format being emulated, to the detriment of potential scares, and then obviously unreal by the time the end credits rolled.

This first sequel (and I have discovered that there are now about five of these movies, as of today) picks up almost exactly where the first film left off. Film-maker Turner Clay even uses the reactions to the first movie, good and bad, and decides to film his continuing investigation at the house that may well be home to a very active spirit.

This is better than the first movie. So much better, in fact, that it has made me eager to see every film in the series. I am sure that many people could feel the exact opposite way, but the fact that this time around had me not even once wondering if this was real made it a more enjoyable viewing experience.

I’m not sure if he had everything planned out well in advance, or if he figured out how to expand things when he decided to make the sequels, but Clay plots everything out well enough, starting with an interesting, and quite macabre, discovery that leads him back to the location of the previous movie. The extra details revealed may not be astounding, but they continue to create an interesting bigger picture that allows Clay to set up more scares and tricks.

Although he’s not going to be nominated for any major awards any time soon, Clay acts convincingly enough in front of the camera (and he’s in front of the camera for most of the movie). My biggest issue with the performance, and film, is the way he tolerates activity that would have scared many others away quite quickly. But maybe that is just a reflection of my own wussiness.

Longer than the first film, but still not long enough to make it tiresome, this could have been a near-perfect horror film to watch during the spooky season. Unfortunately, a coda that allows Clay to present salvaged material has the film ending with a bit of a whimper, moments after it could have ended with a big scare sequence.

I know it’s an obvious comparison point, but fans of the Paranormal Activity series should definitely check this out. I have a long way to go through the series yet, but it may end up being better. It certainly already manages to incrementally increase the storyline without making things too convoluted. 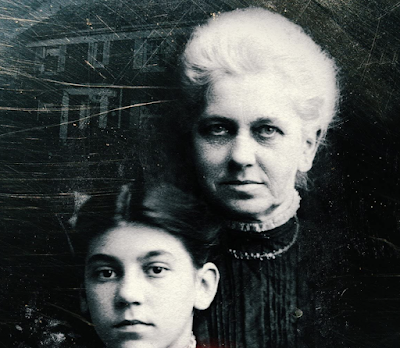